Yesterday two key plaintiffs related to the 1MDB case met in Berne, the Swiss capital, to compare notes and forge an alliance for action, they say.  Their exclusive statements afterwards to Sarawak Report indicate that the men have become concerned at the slow pace of the ongoing case relating to 1MDB.

Xavier Justo has remained silent for several months since his return from Thailand, in order to cooperate with ongoing investigations by the Swiss and other global authorities.

“It is important that we see real action in this major case as soon as possible”,

Justo, who was a key witness in the 1MDB case, was imprisoned at the behest of the directors of PetroSaudi International, Mr Patrick Mahony and Mr Tarek Obaid,  who not only denounced him to the authorities for alleged blackmail, but organised the minute management of his case and imprisonment, thanks to Malaysia’s powerful connections, in particular wealthy friends of Jho Low.  This included a forced confession taken in the Bangkok jail by a PetroSaudi employee in the absence of Justo’s lawyer.

Meanwhile, Pascal Najadi, who says he flew from Moscow to meet Justo, has been campaigning since 2013 for justice over the assassination of his father in KL.  He too has pointed to numerous abuses of due process in the investigation, culminating in the liberation of the top suspect for his father’s murder, who was never brought to trial.

“We will not stop our right to bring justice to those who have ordered and paid the assassination in Malaysia of my late father Hussain Najadi. Todays meeting with Xavier enabled me, us, to shed more light on the ins and outs of this massive crime of global scale. We obviously need to be careful not to disturb any current criminal investigations taking place simultaneously in several countries around the world. I believe the Swiss Attorney General, Michael Lauber, and his team are doing a great job and so do the American DoJ. But we are deliberating whether at this stage we need to take more public steps.

What Xavier revealed to me is not only shocking and deplorable but it calls for Justice to advance faster in the massive 1MDB case. Both our families have become victims of 1MDB and as Swiss Citizens we have every right to see Justice being served to all those criminal elements, and there are many in Malaysia and elsewhere.”

1MDB is a massive investigation involving billions and several banks.  However, it has also touched many lives such as theirs and the continuing uncertainties, secrecy and delays surrounding the financial investigations in Singapore, Switzerland and the US have started to cast uncertainties say the two men.

Yesterday also, reports from California indicated that lawyers for Riza Aziz are attempting to “settle” his case over stolen money laundered in the US, where he bought a number of properties and financed the $100 million movie Wolf of Wall Street.

“This is all Malaysia’s public money, so what is there to settle?”

asked Justo, adding that what millions want to see is justice and warrants out for the ring of people responsible for this crime. 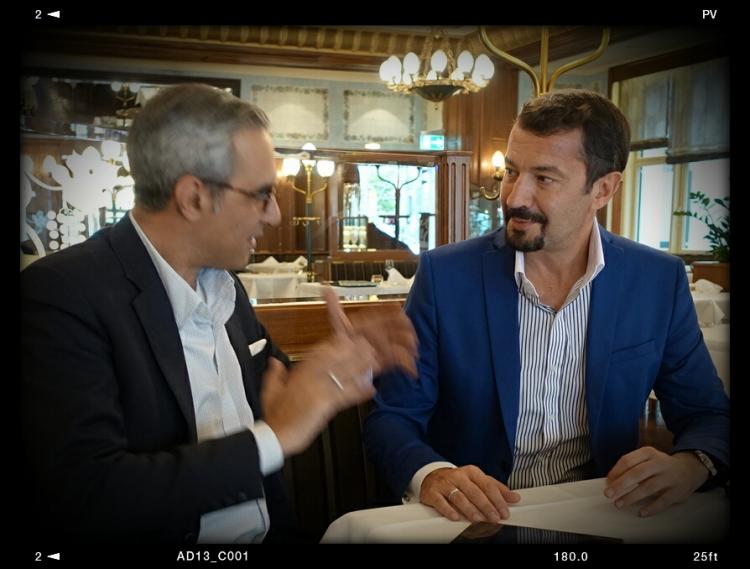