We Name More Of The Recipients Of Najib's Stolen Public Money....

One person who features more than once as a lucky recipient of SRC’s stolen funds (thanks to payments from PM Najib Razak) is the property developer Lim Soon Peng.  Together with his son he runs Titijaya Land Berhad, which boasts a number of residential developments.

In July of 2014 Lim received RM91,470 from Najib’s account and then in the following February a hefty RM238,914 – all from the funds stolen from SRC International and initially borrowed from the KWAP public sevants’ pension fund.  So, was Najib buying properties from Mr Lim and if so was he buying them at the market rate?

Or were they up to something else entirely?  Given this was public money, the public have a right to know.  Public servants are often turned out of their accommodation upon retirement and there are very many who would therefore appreciate a roof over their heads from this money saved towards the old age of civil servants, if properties have indeed been bought.

Meanwhile, the recipient list, which includes luxury furnishing shops, diamond sellers and credit card repayments, has long-since undermined Najib’s claim back in 2015 that none of the money was spent on personal uses. It also undermines likely confidence in the present claims of his underlings that the till now unreported cheques, which he presented to UMNO members from the same pot of money, was spent on ‘public’ uses.

So, who else was getting gravy from the dish?  Several names spring out, many of which seem linked to election expenses – consultants and companies engaged in the provision of gifts to hand round voters:

“Enjoy this trinket. You might as well, since you paid for it out of your own old age pension” 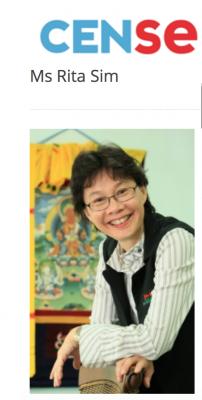 One of these well-paid consultants appears to have been one Rita Sim, the Founder and Director of an outfit called the Centre For Strategic Engagement (CENSE).

Then the following year there was another tasty payment for a further RM300,000 dated 9th February.

So, what do these three ladies do for people and in particular for Najib, the public has a right to ask?

In her profile, Ms Sim who points out she was named in 2011 as “Woman Super Achiever at the 2nd CMO Asia Awards for Excellence in Marketing and Branding” lists her areas of expertise on the CENSE website as:

The Centre for Strategic Engagement (CENSE) is a private consulting firm established in 2010. We specialise in public policy research with special interest in media, policy & political communications. Our clientele includes Members of Parliament, Ministers, policy-makers and multinationals operating in the region.

The firm says it specialises in:

To add to a panoply of expertise Sim also currently specialises in Corporate Social Responsibility projects.

For the moment Malaysians can only guess what ‘scoping’ or ‘polling’ Ms Sim and her fellow experts were up to on behalf of Najib. However, a clear picture has emerged in one respect, which is that the present Prime Minister appears to have an inexhaustible and extremely expensive media monitoring and manipulation habit.

There appears no end to the numbers of people he is prepared to hire, both publicly and privately, to survey opinion and try to influence it also.  However, as today’s news has shown, it seems he is not happy with what his experts are telling him, because it now appears that a mass exercise is underway to add tens of thousands of new mysterious voters to the electoral lists in opposition constituencies, whilst at the same time making it almost impossible for opposition parties to register voters of their own.

What possible strategic exercise could that be related to, voters might be wondering? 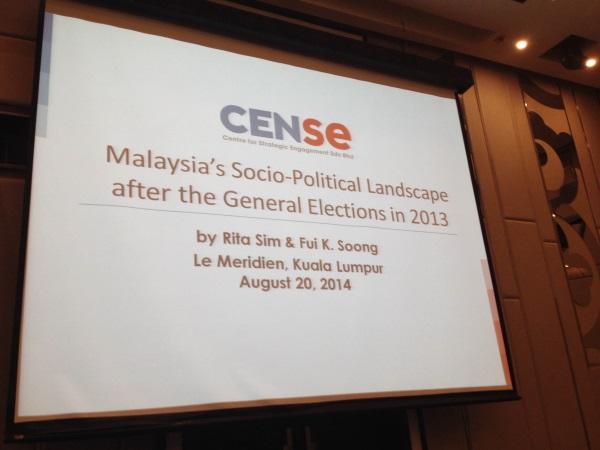