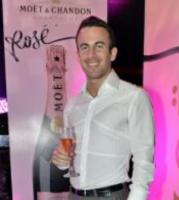 Back in 2013 Malaysians were registered amongst the top buyers of London property, spending more on house purchases in the UK capital than the British themselves.  That investment remains high, prompting many to wonder which Malaysians have so much money to pour into the UK when the economy appears so tight for most denizens of KL?

Londoners, meanwhile, are increasingly frustrated that house prices and rents are being pushed up by people who see the capital as a place to park and grow their money, rather than a place to live and work.  It has become a bit of an issue.

Sarawak Report has been alerted to one such conflict involving investments by the Prime Minister’s communications advisor, UK national Paul Stadlen, who has been financing the development of a number of flats across London from his base in KL.

In June 2015 a parliamentary reply to a question on the matter stated that Paul Stadlen was not paid by the government. Yet, as the foreign press corps were fully aware, Mr Stadlen was still the person who handled their enquiries on behalf of the PM’s office and many of them had been handed this card, which matched his CV on LinkedIn, claiming he managed the Prime Minister’s communications: 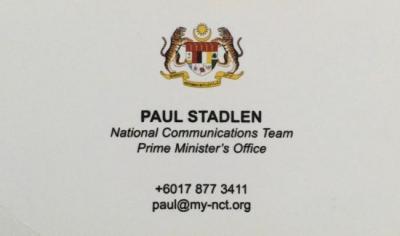 Sarawak Report in subsequent months received extensive information indicating that he remains a full-time advisor to the Prime Minister in terms of pronouncements and press releases, which until the 1MDB crisis exploded was his recognised position. There is no evidence that he has any other occupation in KL, although he is welcome to correct us. 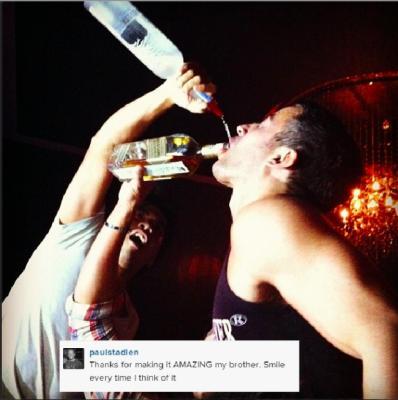 Fun loving with money pouring in – Stadlen in KL

The statement that Stadlen is not paid prompted people to ask if he was acting as a volunteer in this sensitive public position or whether he was being funded by external sources – another anonymous Middle Eastern donor perhaps?

Stadlen had first worked for Najib as boss of the KL office of the PR company APCO.  An acceptance letter to an apparent subsidiary of APCO named Mind Teams was issued by the Prime Minister’s office to Stadlen in 2009, stating an agreed US$420,000.00 for six months work.

According to APCO’s US foreign agent registration forms, the duties included “develop[ing] messages for communication with US policy makers” and “map[ing] government official, think tanks, journalists, NGOs relevant to Malaysia-US relationship”. However, Sarawak Report has not been able to find Mind Teams Sdn Bhd even recorded in Malaysia’s company register. 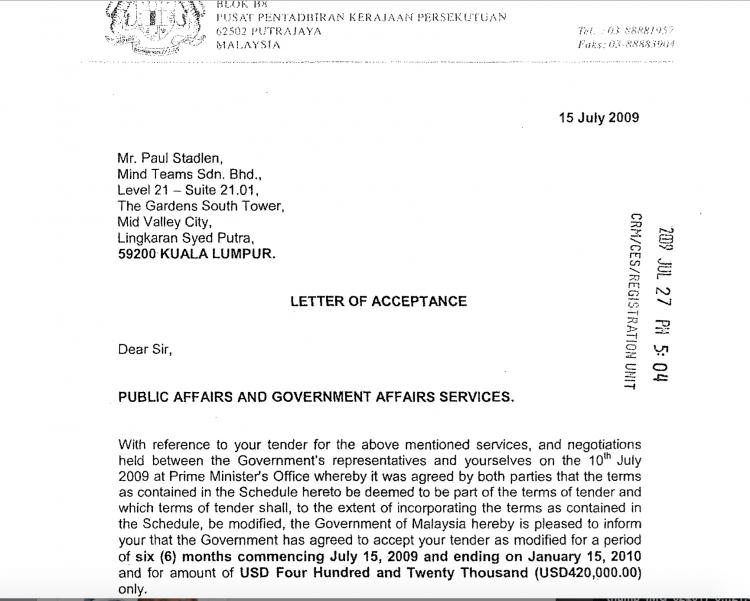 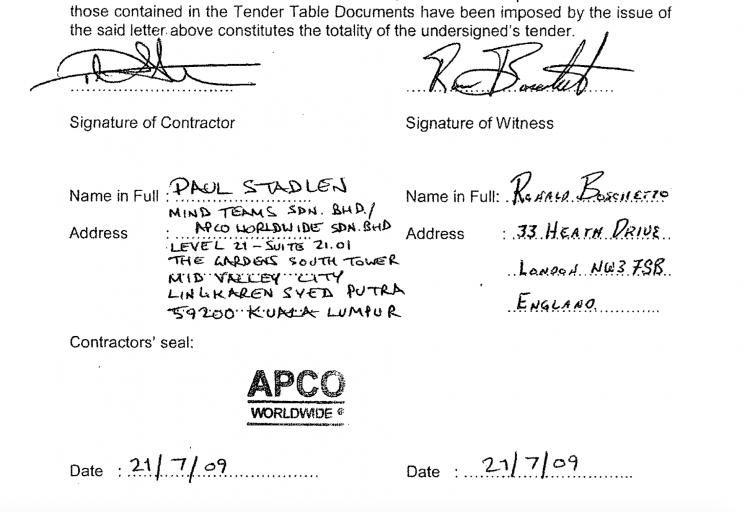 After the APCO contract became mired in controversy, linked to Malaysia’s extreme anti-Israel stance, the relationship was severed and Stadlen temporarily moved to work for FBC Media, which Sarawak Report later exposed in 2011 for accepting vast multi-million dollar contracts (RM84 million and RM15 million) from the Malaysian Prime Minister’s Office and State of Sarawak for illegally promoting Najib Razak, Taib Mahmud and various Malaysian government projects on mainstream TV news programmes for the BBC, CNBC and CNN, in violation of broadcast laws.

FBC Media was axed by the broadcasters and the company closed, but Stadlen appears to have moved to work directly for the Prime Minister’s Office in much the same capacity as before.  One assumes he expected to be paid as he had been previously for the work he has continued to do since 2011, despite the denials that he has received money from the Malaysian Government.

Had Mr Stadlen been paid in keeping with the sort of sums that were previously being channelled into Najib’s PR efforts, then it ought to be entirely within his means to have funded the purchase and development of a number of blocks of flats which have registered charges under his name.

These enterprises have been carried out in tandem with a company director, who has opened and later wound up a number of companies linked to these projects, according to information registered at the UK Companies House.

Developer Ben Kelly has been funded by loans from Stadlen with regard to the company Light Space Properties, which was incorporated in the UK in 2014 and is now being liquidated following the purchase, development and sale of a block of flats in Peckham Rye South East London.  With 7 flats either sold or on the market for an average of £600,000, the sale value of the block is estimated to have been over £4 million/ RM24 million.

In June of this year the same developer Ben Kelly alongside a chartered surveyor Ben Gannon, under a new company, Lanbury Estates (Oakhurst) Limited, purchased a 9 flat block in Tiffany Court East Dulwich, together with a large car park space, complete with planning permission for a luxury block of flats in the up and coming neighbourhood. Again they were funded by a loan from Mr Stadlen:

Unlike the previous development, this block has nine tenants still in residence, most of whom have lived there for over a decade and who pay on average just over £1,000 a month (RM6,000) in rent.

Sarawak Report was contacted by those tenants, who say that the new buyers seemed in a great hurry to be in touch right after the June sale, so that they could visit the tenants to discuss “improving” the condition of the block.  There was concern on the part of tenants that this would be a first step to demanding an increase in their already pricey rents, however they agreed to allow teams from the new owners to visit their flats for a ‘survey inspection’.

“That was not what they had in mind, as soon became clear” one resident told Sarawak Report, “their aim was to find an excuse to get us out, so that they could put in for planning permission to completely refurbish the block so they could probably sell the flats, or at least double the rents and build over the valuable carpark as well.  Instead of improving our flats they came back with a two month eviction notice”.

The residents have told Sarawak Report that they feel they are just another example of how private tenants in London are being put under pressure thanks to money flooding in from abroad by people hoping to make even more money by pushing up rents or making a killing out of quick sales or re-developments.

They have also listed a number of what they claim are deceptions and irregularities in the way that vulnerable people have been pressed into signing eviction notices against their will and in breech of their tenancy agreements, on the pretext, they say, that ‘urgent’ refurbishments are needed to the block. The tenants say the claims are untrue, so is Mr Stadlen and his team using their big money from Malaysia (avowedly not paid by the Malaysian Government) to bully and evict sitting tenants in the quest of big profits?

One resident of the block of ten years says she thinks so:

“I was phoned on the 18th of July by Ben Gannon of Lanbury telling me that he had just come out of a meeting where it had been decided that an extensive program of structural work needed to be carried out on the building following a survey report. Previously, when Lanbury bought the building in June, he said only that boilers and windows needed to be replaced.
He told me that notice would be served and that I had two months to leave. I was speechless. This has been my home for 10 years, and other than some refurbishment, the building is in good condition. Ben Gannon seemed desperate to see me face-to-face. He said he wanted to discuss my options with me. I did not have this meeting, but my downstairs neighbour, whom Ben had also contacted, did. There was no discussion. Just two men turning up on a young girl’s doorstep asking her to sign a Section 21 [eviction] notice.

I also now know that the meeting Ben Gannon talked about in his phone call on the 18th was fiction. My next door neighbour was doorstepped five days earlier by Ben Kelly and told that all the residents in the block had signed a Section 21 notice and that he was the last flat to do so. This is not true. He is Italian, he doesn’t speak good English, and doesn’t know his legal rights. He signed a blank piece of paper with two lines on it.

Myself, alongside other residents are now being harassed via letters and emails to sign a Section 21 notice. I have asked to see the survey report that has led to this eviction decision but Lanbury has refused to share this. I suspect this is because it doesn’t exist.

Another woman who received a similar call said:

“When Ben Gannon from Lanbury rang me, he was very forceful. He told me what was going to happen, and that tenants had to be moved out because windows and boilers needed to be replaced. He kept pushing to come round to talk. I felt so under pressure. He had called me during work hours and the news was so shocking to me. I said I was speechless and that I had to get off the phone. I ran to the bathroom and cried the minute I hung up, and I had to come home early. He made me feel so uncomfortable and stressed. I did not get back to Ben with a time to meet, and since then I’ve had no personal contact with Lanbury, however I have had notices send to me and also shoved under my door”.

“I arrived home at around 9pm. Soon after I got home, there was a knock on the door. It was Ben Kelly… He explained that the building needed work. He said that boilers and water tanks and windows needed to be replaced and tenants needed to vacate the building. I am a builder and I thought this was odd. My boiler is new – it could last 10 years – and my water tank has already been taken out. Also, the building is in very good condition. I work on buildings that are newer and in a far worse state.

He said all the residents in the block had been told they had to move out and that they had all already signed to end their tenancies. I was the last one to sign, he told me. I now know that this is not true…
He had a plastic wallet with him and he brought out a piece of paper with two lines on it. There was nothing else on the paper. I was to write my name and my wife’s name and sign. There was no accompanying paperwork. I was so taken aback that I stupidly signed. As soon as I shut the door I regretted signing anything.”

The tenants believe that Lanbury want to get tenants out of the block before they apply for planning permission to redevelop the property goldmine, so that there will be no opportunity for them to object to the plans. As one of five of the nine tenants who gave evidence to Sarawak Report put it:

“From the outset Lanbury has behaved dishonestly, using underhand and intimidatory tactics to remove tenants from block that was safe, welcoming and homes for nine people and families. Why? Because they are ruthless and greedy, and want to either rent the properties out at an extortionate price or sell them off with an equally eye-watering price tag. Without investment from Malaysia, Lanbury wouldn’t be here, pushing honest, hard-working people out from their homes.”

Sarawak Report today contacted Lanbury for their response to these accusations and through them solicited a repsonse from the investor Mr Stadlen.  We have received no reply as of close of business, despite having spoken with one of the Directors to warn them of the impending email and establish he was available to receive it.