We all know that once you cut down primary jungle a rare and precious natural heritage of ancient plant and animal life is lost to the world forever, to be converted into plain old ringgit for a handful of people, who somehow recommended themselves to be granted a licence, in return (one assumes) for a royalty to the state.

In the modern world, where there is so little left of such rare and precious natural resources as genuine primary jungle, to make such a decision to destroy it almost defies belief.  So, what possible reason or motive could there be for any governing body to make such a monstrous decision, is the first question that anyone would wish to put to the Kelantan state government? 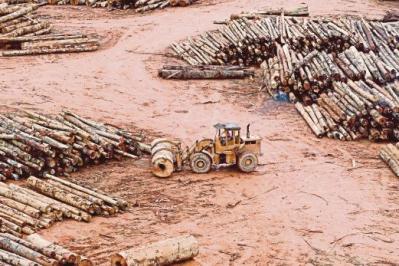 Someone is profiting greatly, but it is not the indigenous people to whom the Kelantan State Government owes a duty of trust

We all know what has motivated the authorities in places like Sarawak and Sabah to do such a terrible vandalism to their own regions, as the growing wealth and ostentation of certain of their ruling figures have born testimony.

This was deforestation driven by political corruption.

But, what has persuaded the state rulers of Kelantan to champion the loggers over the established indigenous rights of the Orang Asli, who have for generations protected the jungle with a wisdom that the cultural supremacists in the PAS state government appear to lack?

Whilst these PAS politicians are fond of claiming that their own beliefs and opinions are superior and more holy than anyone else’s, it seems they are prepared to dismay the very God, who put this beautiful example of life on our earth, by vandalising and destroying it in return merely for some cash to the state.

The people PAS look down upon as Orang Asli, on the other hand, are seeking to protect their extraordinary region out of respect for this wonderful remaining example of ancient life, and wish only to continue to live as they have done for hundreds of years, humbly but in harmony with God’s earth. 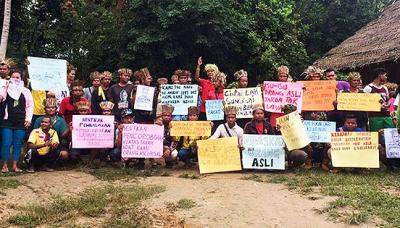 Kelantan’s government are listening to loggers instead of voters – why?

Compare them to many of the big wigs among PAS, who prefer to drive expensive cars and build bigger houses, whilst calling themselves more godly than others.

How dare they ignore their duty of trust towards the humble Orang Asli, who are just asking for their basic human rights to be recognised, along with their land rights: rights which are being blatantly ignored by the incoming loggers reaping the profits from destroying their territories?

Kelantan Must Spell Out And Justify Its Logging Policies 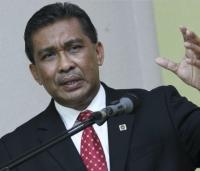 The suave and dapper PAS political bigwig Takiyuddin Hassan, has this weekend brushed aside all the indigenous and traditional land rights of the native Temiar community, whose timber is being snatched.

He claimed their lands ‘belong to the Kelantan state government’ rather as if it was one of his own fancy cars, free for him to drive as he likes.

The many NGOs and others, who have protested this disgusting attititude on behalf of the Orang Asli communities, are pointing out a basic principle, that this smartly attired modern looking politician appears to fail to understand.  Those who are elected into the role of governance under a democratic system (such as exists in Malaysia) are not in a position of ownership but in a position of trust.

The Kelantan state government does not rule the people, it represents them, and they act as the stewards, not the owners, of the assets of the state.  That duty of trust extends to all the people in the state, including those who might not have voted them and who might not even subscribe to PAS’s cultural and religious beliefs. The duty of the government in a modern democracy (the system that has given authority to PAS in Kelantan) is to make decisions fairly and in the interests of all the people…. and not to treat the place as if they owned it, because the people do.

Therefore, it is for the state government to present the reasons behind their decisions and to show that they have proceded according to due process and proper consultation with the affected communities.  Judging by the years of protests they have failed to do so.

Particularly weak in the chain of argument laid out by Takiyuddin this weekend has been the claim that the communities whom his government is depriving of their forests merely have the ‘Right to Forage’ in these territories.

Has he considered what his acceptance of that right entails?

Because, since he and his fellow decision-makers in the state government acknowledge this right to forage, they need to explain what time and consideration they have given to the question of how these traditional folk are going to be able to continue to forage for animals, fruit and the other basic necessities of life when their jungle has been clear felled? 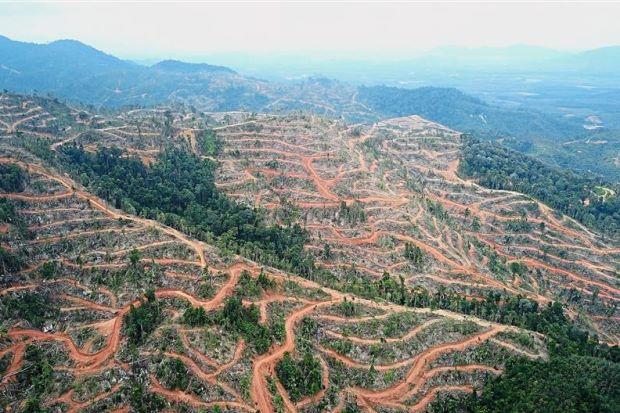 What does the car driving urbanised Takiyuddin Hassan imagine can be foraged here?

What foraging solutions has the Kelantan state government has come up with for the local people, once the ancient rainforest habitat (originally teeming with life and plants to eat) has been destroyed and the timber cashed out?  Because, across Malaysia there are plenty of examples of indigenous peoples left to forage first off the fringes of oil palm plantations and then off the rubbish heaps of urban areas far from their native lands.

Is this what Kelantan has planned for its Orang Asli?  If not, can they please lay out what has been negotiated with the Orang Asli to care for their needs once the Right to Forage had been snatched away?

The fact is that this shameful destruction, which brings quick bucks to just a few at the expense of the vulnerable, has no place in modern Malaysia. If state governments show themselves unable to issue licences in a proper manner, with the proper informed consent of people to be affected, then the federal authorities must step in, freeze the logging and find out just what the hell is going on and exactly why these oppressive decisions are being made.