How Najib Nearly Sold Out Malaysia To China

The latest six charges laid against Najib and his trusty lieutenant, Treasury secretary-general Irwan Serigar Abdullah, confirm again how blatantly the previous prime minister and his government were prepared to lie in the face of evidence leaked by brave insiders to Sarawak Report.

They also lay bare the outrageous extent to which this former prime minister was willing to rob his country, laying it open to economic imperialism by its neighbouring super-power, which was naturally quite happy to suck Malaysia into a vortex of debt that would have destroyed the nation’s independence.

Way back in 2016 Sarawak Report published the secret agreement that lay behind the sudden inflation of the budget for the East Coast Rail Link to double the original proposed cost of $30 billion.  The secret deal with China’s state owned CCCC (China Communications Construction Company) laid out in clear detail (including amounts and dates) how the repayments on the debts owed by 1MDB were to be concealed through those inflated figures.

The Chinese government had effectively sanctioned the corrupt deal, offering Najib a 2% loan and various up-front incentives, after Najib’s fugitive proxy Jho Low negotiated the terms on his behalf in Beijing.  And, as the figures showed, Jho Low had taken care to look after himself in the process by apparently using the deal to also purchase shares in companies he had originally bought using 1MDB’s stolen money.

Najib and his ministers, including then Public Works Minister, Sarawak’s Fadillah Yusof, (brother to Bustari Yusof a key collaborator of Najib and major recipient of money diverted from 1MDB) at the time claimed the story was nonsense.

However, within just a few weeks Najib had visited China and signed off on exactly the contract terms that had been leaked to Sarawak Report for the now massively expensive rail project that experts predicted could never be made profitable for Malaysia.

And this week, following the new charges, the Malaysian Anti-Corruption Commission (MACC) has made clear that the money to fund 1MDB’s loan repayments was being funnelled through the project just as had been detailed in Sarawak Report. Inflated pipe line projects in East Malaysia were being employed for the same reason.

Further tranches of cash were also purloined using an inflated and unnecessary land purchase by Bank Negara (no wonder the long standing deputy resigned) and, perhaps even more disgracefully, a straight theft of money from BRIM, the payments supposed to alleviate the lives of the poor. 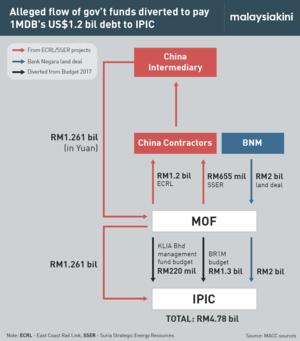 Given Najib had time and again boasted of BRIM to curry votes it is particularly notable that he was prepared to raid it to pay for the massive hole in 1MDB accounts punctured by thefts used, for example, to pay for his step-son’s production of Wolf of Wall Street and Jho Low’s massive payment of a quarter of a billion dollars for one of the world’s largest super-yachts.

And yet today the ex-PM’s lawyer (Shafee Abdullah, himself facing charges for laundering money from 1MDB and failing to declare tax) called the charges laughable. Few others in Malaysia are likely to see the joke as the sums officially alleged as misappropriated by Najib have leapt by a further staggering RM6.6 BILLION to RM 9 BILLION (and rising). 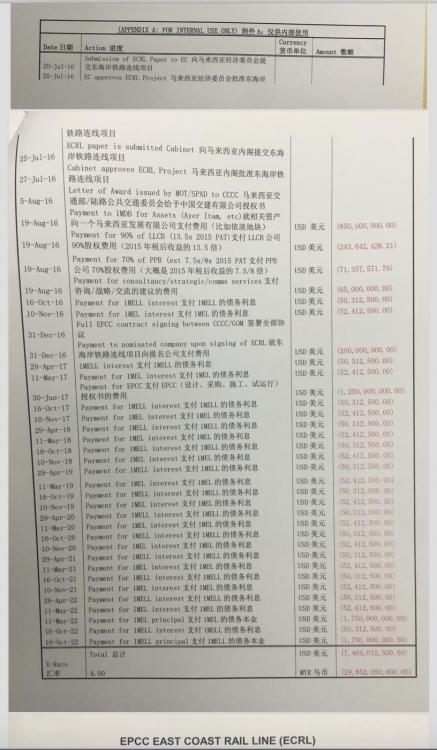