Dodgy Bank - Time To Exercise More Scrutiny Over Its Role In 1MDB?

The role of Germany’s premier bank Deutsche Bank during the course of the 1MDB scandal was highlighted again in court yesterday in the course of evidence provided by the fund’s former CEO Mohd Hazem Abdul Rahman.

Hazem Abdul Rahman walked into the ultimate hot potato situation when he took over from Shahrol Halmi in 2013 after many of the misdeeds had been committed and his tale of growing horror as he started to discover the true nature of the situation at 1MDB has made for compelling listening across three days of testimony.

Najib’s team is meanwhile seeking to persuade the court that the prime minister was entirely innocent of the mind-boggling theft.

The ex-CEO finally bailed out in 2015 to be replaced by the wily Arul Kanda, but the first hand evidence he provides of Najib’s personal interventions and support for Jho Low’s extramural activities have been devastating to the defence.

Yesterday, Hazem related one such incident which was his shock discovery that the PM (as sole shareholder and signatory of the fund) had signed papers approving a US$975 million loan from Deutsche Bank in September 2014 without him as CEO knowing anything about it. He had only learnt of the loan after Najib signed up for it, thanks to an email from Jho Low containing the relevant documentation’

Ostensibly the ‘facility loan’ was to buy back alleged options from Aabar in its power purchase investments as a precursor to a planned IPO in Malaysia, also to repay an earlier US$250 million bridging loan it had taken out in May from the same bank. It had already emerged the role of 1MDB’s board was merely to rubber stamp such decisions after the event:

“Datuk Seri Najib, who was the shareholder, had signed both resolutions required under the law,” Hazem said. He added that his then colleague and chief financial officer Azmi Tahir was also equally in the dark.
“Azmi later found out and informed me that Terence (Geh Choh Heng) and Jasmine (Loo Ai Swan) were handling the matter with Deutsche Bank, under Jho Low’s (Low Taek Jho) instructions,” Hazem said, referring to 1MDB executive director Geh and general counsel Loo. [Free Malaysia Today]

US Department of Justice papers have subsequently detailed how much of the money raised by these combined loans was in fact channelled into buying the US$250 million super-yacht Equanimity and to keep afloat 1MDB’s various glaring debt repayments.

It was only after Sarawak Report exposed the looting involved in 1MDB February 2015 and then revealed in March that the Singapore authorities were investigating the role of BSI Bank and the suspicious Brazen Sky account, falsely alleged to contain the billion dollars supposedly under-writing this very loan, that Deutsche Bank scrambled to withdraw the arrangement.

However, there are glaring questions as to why the bank became entangled in the first place, not just in this incident but in several other key aspects of 1MDB and in Jho Low’s money laundering activities after the event.

Indeed, the evidence is so concerning that last year it was reported that the Department of Justice had opened a special investigation into Deutsche Banks’ conduct in the scandal, placing it potentially in a similar position to Goldman Sachs which has faced charges, seen employees arrested and paid multi-billion dollar fines.

A year on it has not been determined if the German dodgy bank will be prosecuted for breaking foreign corruption or money laundering laws. Yet, the discovery that it negotiated such a mammoth financial loan to a sovereign fund without either the CEO or 1MDB Board apparently being aware has squarely returned its conduct in the scandal to centre stage.

Who Was On The Board Making The Decisions In Malaysia?

After all, Deutsche Bank Malaysia was embroiled in 1MDB transactions from the very start, first playing a key role as the sending bank in the fund’s initial drama when a billion dollars was looted and channelled into accounts controlled by Jho Low and the so-called ‘joint venture partner’ PetroSaudi.

FBI asset seizure filings detail the relevant conversations at the time between the Deutsche Bank foreign exchange transaction team and the now fugitive 1MDB  executive Casey Tan as compliance officials sought to check the purpose and destination of $700 million which was being illegally siphoned into Jho’s private Good Star company account in RBH Coutts Suisse.

Eventually the obvious concerns of the banking staff are shown to have been over-ruled by pressure from the Malaysian Minister of Finance (Najib) and apparent decisions from on high within the bank.

Within a fortnight Jho and his cronies on the deal (including Casey Tan himself) were living it up on the stolen cash and splashing millions on a gambling spree in Vegas.

As Hazem detailed in his testimony, the ensuing failure to deliver timely accounts by 1MDB did not deter the same Deutsche Bank (this time its direct Singapore branch) from again signing off in 2014 on the two loans of $250 million and $975 million to buy out the alleged ‘options’ supposedly acquired by Abu Dhabi’s Aabar, based on the bogus collateral in BSI bank which ought surely have been properly checked.

Since these decisions, involving in each case the investment of a billion dollars, concerned major issues in Malaysia (Deutsche Bank had been brought in on the Bursa Malaysia IPO plan for 1MDB, code-named ‘Project Virtus by the bank) they must have been sanctioned at board level by Deutsche Bank Malaysia.

It therefore becomes relevant to any investigation into the conduct of the bank who was on the board to influence those key decisions and why?  So far, observers have pointed out to Sarawak Report, there has been very little comment on this matter.

However, the facts are plainly quite astonishing in that at the material time of these deals of the five to seven board members of the local bank – a 100% subsidiary of Deutsche Bank Germany – two were brothers of the Prime Minister Najib Razak. 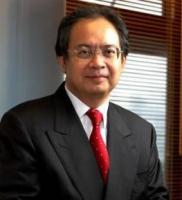 Both Johari Razak and Nizam Razak were on the Board of Deutsche Bank Malaysia by 2008, a year before the 1MDB fund was launched and served during the period of decisions relating to the bank and 1MDB up until 2015. Of the two Johari retired last in 2016.

So, if investigators are questioning the probity of the bank, one question that surely begs to be asked is why it was appropriate to include on a governing board of no more than five to seven directors at any time of its 100% subsidiary in Malaysia two politically exposed brothers of the deputy prime minister then by 2009 prime minister of that country?

It seems unsurprising that what Najib wanted from Deutsche Bank Malaysia at this time was what Najib got, despite the red flag against politically exposed individuals in anti-money laundering and banking circles. 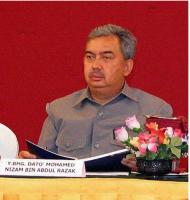 The helpfulness of Deutsche Bank towards the 1MDB clutch of fraudsters also continued after Jho Low and his antics had become globally notorious in 2015.

A report by the Financial Times earlier this year notes the bank processed a cross-border transfer of almost €6m made in June 2015 from Jho Low’s Swiss account at Abu Dhabi-owned Falcon Bank to the Bank of Cyprus, where he purchased property in order to acquire citizenship.

The paper points out that although it was only the correspondent bank in the transaction money laundering procedures ought to have prompted Deutsche Bank to reject such a large transaction by a suspicious actor who was now banned by most banks.

Deutsche Bank’s willingness to cosy up to political entities in Malaysia was also reflected in its joint venture with the Taib family business CMSB through the co-ownership for many years of Kananga Holdings, a major investment concern.

Now that engaging with Malaysia’s money politics appears to have blown up in the dodgy bank’s face, conclusions ought to be made by regulators sooner rather than later as to whether it should be accountable to the Malaysian people for compensation like so many of the other institutions that chose to do business with 1MDB.

Likewise, Malaysians deserve a proper investigation into the role and conduct of Najib’s close band of brothers in this matter. Were either of these politically connected directors of the bank present, confirmers or signatories on the credit arrangements approvals for 1MDB and if so did they register as connected parties to the massive billion dollar loans?