A Question Of Utilities In Sarawak 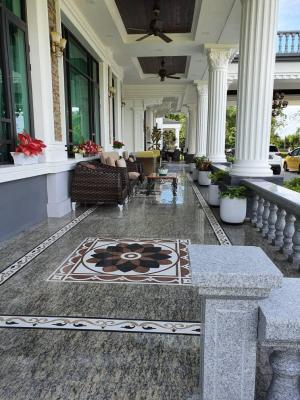 Dr Stephen Rundi has been Minister of Utilities since 2017 and before that led the previous Ministry of Rural Electricity and Water Supply.

A long term politician, he has represented the state seat of Kemena since 2001. Prior to becoming a minister he ran a GP practice in neighbouring Bintulu.

However, it appears he must also have engaged in more lucrative ventures given  the lavish nature of the recent construction of his grand new house, which has been rising from a Kuching site apparently acquired by himself and his wife in April 2016 shortly before his status was elevated by the then new Chief Minister Abang Johari. 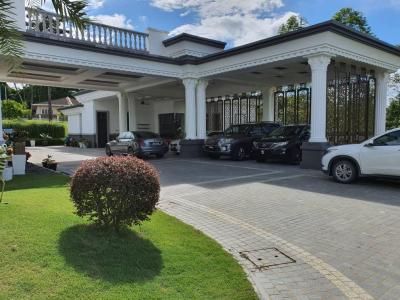 Plenty of space for plenty of expensive cars

According to Land & Survey Department filings, the minister later got permission in October of that year to construct the new property and neighbours have gasped at the sweeping scale of the ambitious mansion, which has now reached completion and habitually boasts a line up of expensive cars outside.

What greater contrast could there be to the modest longhouses from his district near Bintulu and to the homes of indigenous people from the interior, around half of whom lack even the most basic utilities of piped water and electricity?

Just three days ago, despite the growing spate of pre-election promises and progress announcements claiming otherwise, Rundi’s own opponent in his Kemena constituency told Radio Free Sarawak that the local YB is regarded has having failed to keep even local promises when it comes to utilities his ministry is responsible for.

According to DAP’s Kenneth Usang, only 50% of the area has road facilities, clean water, electricity and internet coverage, and he questioned if GPS claims that these facilities have now reached 80% to 90% throughout the rest of Sarawak can possibly be true?

It isn’t.  Indeed, Rundi himself has only too frequently been forced to admit to inadequate funding by GPS towards his own department, which mirrors the disgraceful lack of overall investment in rural communities after decades in power and routine election promises.

These are the very communities whose lands were cleared under state licences in the guise of ‘progress and modernisation’ – or at least basic development in the form of utilities like roads, water and electricity. 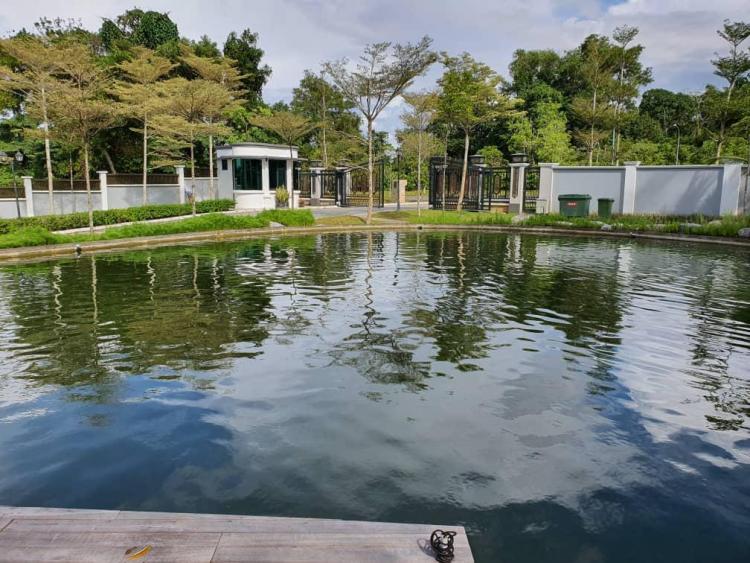 There are clearly no such inadequacies afflicting the minister at his new residence, which is surrounded by a watered landscape and well-built drive-ways. The mansion is created in a style of classical European splendour with pillars and porticoes and plenty of guided luxury throughout, according to visitors who’ve been amazed.

Sarawak Report has estimated the cost of this extravagant showpiece to have been in the region of 6.8 million ringgit. This is based on the loan the minister is registered as having raised as a mortgage on the property before the construction started.

According to the Land & Survey Department Dr Rundi and his wife, who co-owns the property, borrowed no less than RM6,850,880 from Maybank against the as yet vacant property in January 2018. 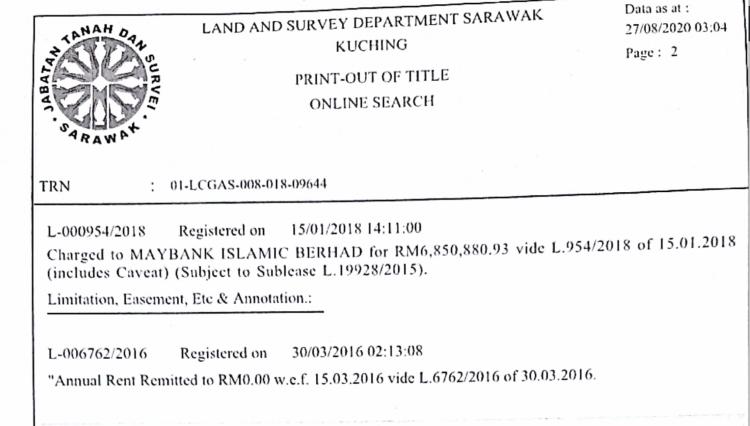 One wonders how a serving state minister on a fixed public salary and possible continuing interest in a GP practice might obtain such a generous loan, given he is 60 years of age?

And what was the logic for the bank? Calculations on the costs of repaying a loan issued over a ten year period, for example (the YB being 60 years of age) would normally estimate at around RM60,000 PER MONTH, interest not included. This would seem an unusually high figure for someone on a ministerial salary to be able to afford, so on what basis has Maybank entered into such a deal?

Surely, if Dr Rundi had sufficient personal wealth through private means to build a mansion or sustain such enormous monthly payments, why raise the loan? 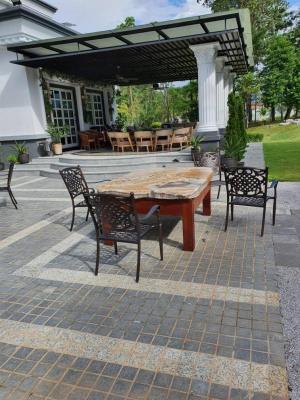 Space for out of office meetings?

Naturally, GPS has not demeaned its wealthy ruling figures by demanding asset declarations of state MPs.

However, as a public figure we have asked these questions because of a strange further anomaly that is also registered against the property in the same set of public documents at the Land Registry.

According to Dr Rundi’s submissions, shortly after he became Minister for Utilities the state owned electricity supplier SESCO elected to take up a rental on his property – this self-same plot.

As everyone knows SESCO comes under the Utility Minister’s own portfolio. Later enquiries have suggested that the arrangement may be for a private sub-station for the property, given it is so enormous.

Not only is the Rundi residence vast and spacious, but it is in the most prestigious end of town, counting the grand mansions of the Taibs (those of Taib Mahmud, his sister and brother One) and long time Speaker Asfia’s huge piles among surrounding properties.

Such grand residences are sometimes accorded their very own substations, Sarawak Report has been informed. SESCO is registered as having paid a mere RM1.00 to sublease this private property from the present minister for a fixed term of no less than 60 years – by which time Rundi would be 120 years of age, so plainly the arrangement moves with the property.

SESCO has agreed to rent the property of its current Ministerial boss for RM1.00 for the next 60 years.

Given the unusual nature of this entire arrangement involving a senior politician renting his private property to his own department or in effect acquiring his own sub-station, it seems reasonable to ask why such a potential conflict of interest might have arisen; whether there are hidden terms to the agreement regarding SESCO’s obligations to the minister under the RM1.00, 60 year lease; and finally whether or not the commitment is connected in any way to Maybank’s somewhat mystifying decision to offer such an enormous mortgage on the property to a man on a public salary who is approaching retirement age? 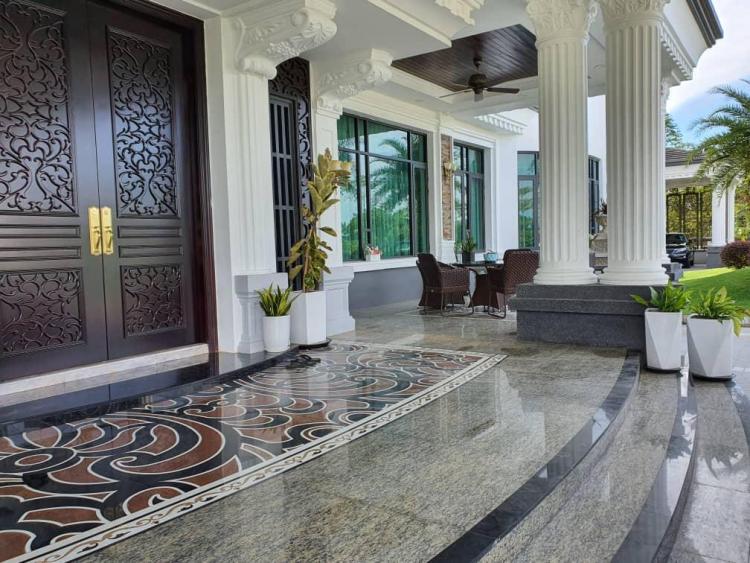 What’s clear is that whilst delivery on his ministerial duties to the people of Sarawak may be lacking, Dr Stephen Rundi has done very well for himself in terms of a fancy and very well serviced homestead in Kuching.