Return To Crony Contracts Under PN?

Evidence has slipped out that indicates that PM Mahiaddin ditched his adherence to the reform agenda on public contracts, previously adopted after he hopped onto the Harapan bandwagon, the moment he became backdoor prime minister.

It comes as little surprise, perhaps, given all the other blatant and disgraceful abuses this ex-UMNO warlord has indulged in as he sought to build an administration based on the sole credential of being nominated by the Agong (as opposed to the majority of MPs).

The evidence comes in the form of an alleged memo (now leaked) revealing that the prime minister personally approved a begging request addressed directly to him by a questionably qualified company, which was looking to be awarded a substantial construction contract for the Ministry of Defence.

The petitioner in this document identifies itself as the company Mega Prefab Sdn Bhd, which is owned by one Azeil bin Mohd Khalid together with a female relative. Azeil is the Managing Director and only one other employee is cited on the company web page (taken offline shortly after Sarawak Report emailed questions to the company) who is another family member, Eralydia Binti Mohd Khalid, described as Executive Director. 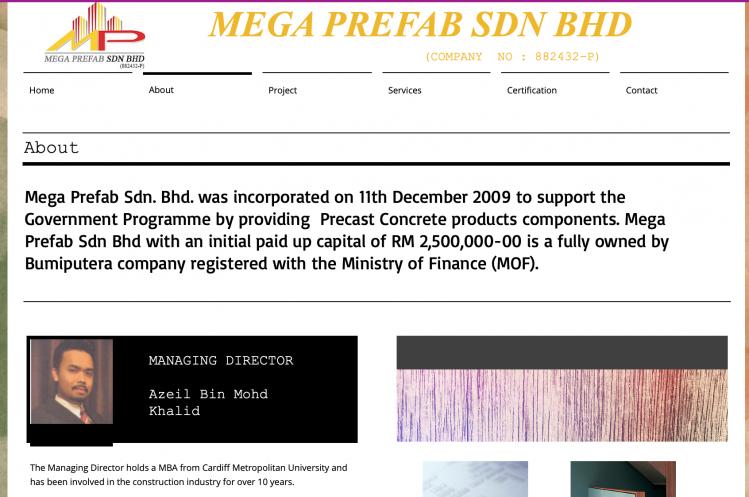 Writing to Mahiaddin personally in June of last year “on behalf of the Board and the management of Mega Prefab Sdn. Bhd” Azreil first grovels and then tells a sob story.

His problem was that an initial contract granted in 2017 to build four structures, namely a joint forces headquarters and three other camps quarters in Pahang, was apparently quashed by the incoming PH government on the basis they had not been put out to competitive tender as they should have been.

This caused Mega Prefab hardship apparently and, having heard that there were plans by the MOD to recommission the project under PN, Azreil begged to be awarded it once again under ‘direct negotiations/limited tender’ so that he would not have to compete for it to ensure the public got the best value for their money.

It is with all due respect that we refer to the above. We on behalf of the Board and the management of Mega Prefab Sdn. Bhd. pray that YAB Tan Sri is in the blessings and protection of Allah SWT.

2. The company is informed that the Ministry of Defense Malaysia is in the process of planning to implement the projects as mentioned above….

3. Therefore, we would like to apply for special permission and approval from YAB. Tan Sri in order to appoint Moga Prelab Sdn. Bhd. through direct negotiations / limited tender to implement the proposal based on the following:

Mega Prefab Sdn Bhd had previously (June 20, 2017) obtained approval from the ministry of finance (MOF) for these projects to be carried out on a restricted tender “(Appendix A). However, the new PH government has revoked all these restricted tender approvals. For information YAB Tan Sri, as soon as we got the approval from the MOF, we started the preparatory work including the appointment of consultants for these projects, and we spent the cost of preparation to ensure the project runs smoothly when called by the ministry….” [translated]

The plea raises several questions, not least as to how Mega Prefab was tipped off about the restoration of the project and why Azreil by-passed all normal MOD and MOF channels to write directly to the prime minister on such a matter that ought normally be dealt with through procurement channels and the relevant ministries?

Surely, the prime minister was anyway far too busy at this time trying to handle a major pandemic and all the challenges it had brought in terms of popular suffering and economic woes?

Apparently not. A copy of the correspondence that has been circulated and acquired by Sarawak Report indicates that Muhyiddin did find time to meet the request and amazingly considered it appropriate to instruct his ‘”senior minister” Fadillah Yusof (re-appointed by him to the plum position of public works) to fix the deal for Azreil.

It seems that Mahiaddin’s DNA has remained true to his UMNO roots and he is not so reforming after all. 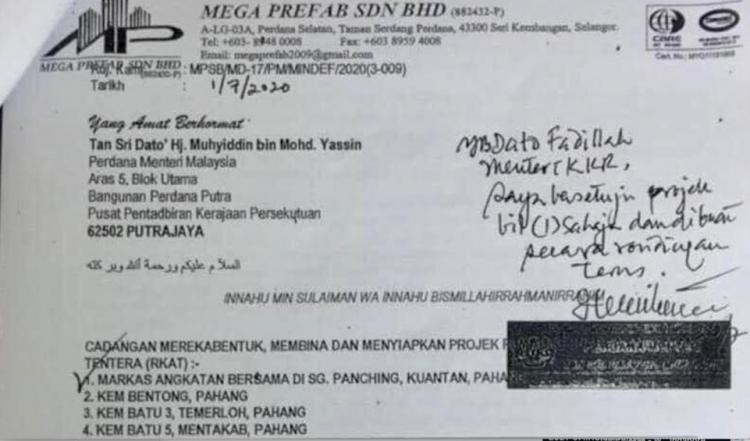 The prime minister then issued his instructions to Fadillah in old fashioned UMNO style, it would appear. Scrawling a note at the top of the letter personally approving the project be awarded to the company on negotiated terms. Just like that:

“Dato Fadillah, Ministry of Works (KKR)
I agree/consent to project (I) only and agree/consent for it to be conducted via direct negotiation” [translated]

The signature strongly resembles that of ‘Muhyiddin’ Yassin.

There are further questions as to why Mega Prefab Sdn Bhd would appear to be a strange choice to wave through on such a contract, which rates as a Grade 7 mega project under the Construction Industry Development Board’s graded scale for public contracts.

Sarawak Report has scrutinised previous public contracts awarded to the Mega Prefab that were listed on a website recently created for the company using the do-it-yourself Wix platform. These imply a past history of relatively minor and menial achievements that pale into insignificance compared to the grand buildings now being granted by PN: 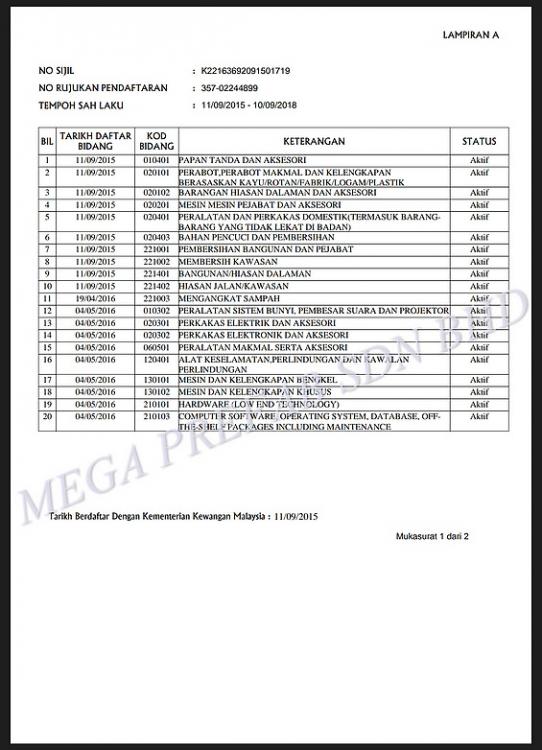 A history of much lower league projects?

Further documents on the same site indicate that a CIDB Grade 7 contractor certificate was also only awarded to Mega Prefab for a restricted period from June to August of 2016 – possibly the period when the company originally applied for the contract awarded under the Najib government in 2017, by which time the licence would have expired. 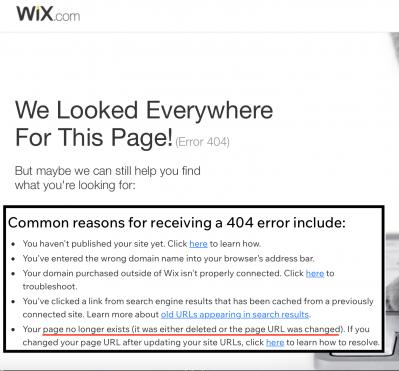 There is no indication among the certifications uploaded onto the Mega Prefab website that this G7 status has been renewed.

However, this very website appears to have been pulled down  from the internet within hours of Sarawak Report emailing Azreil on Friday night asking for details about the project.

Fortunately, Sarawak Report has preserved a record of the main components of the site.

In our email we asked Mega Prefab’s Azeil Khalid whether the project has indeed now been awarded without tender, following the apparent ‘green light’ from the PM, and if so how much it was worth?

So far neither Azreil nor anyone from Mega Prefab have immediately responded to those questions. We have made a later enquiry as to why the company website vanished so suddenly?