9,000 signatures from locals against the Baram dam! 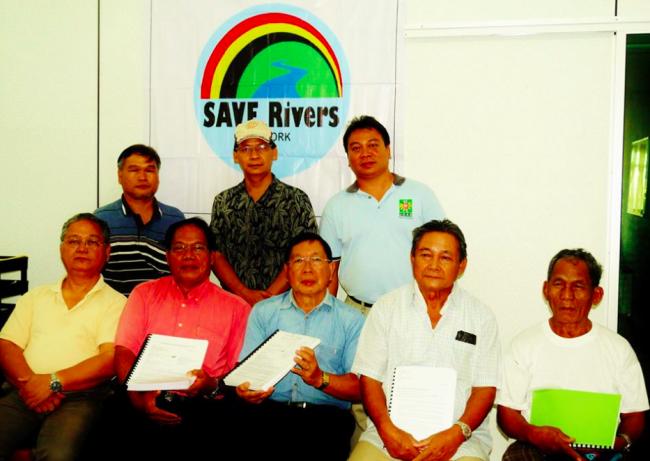 SAVE Rivers have collected 9,000 signatures from locals against the Baram dam so far

“With nine thousand signatures collected from those opposing the Baram dam, there is no doubt that the proposed dam is facing a strong resistance from the majority of the people,” said TK James Nyurang a community leader from Baram. Started in 2008, the campaign has received support from almost every village visited by the campaigners in  Baram, from Long Keseh (down river to proposed site of the dam) and going upriver to Hulu Baram. From the beginning, signatures from the campaign have been sent in batches to the state and federal authorities, including the Prime Minister of Malaysia and the Chief Minister of Sarawak. One such handing over of the signature was done on the 19th of September 2012 to the then Chief Minister of Sarawak , Pehin Seri Taib Mahmud. Since the delegation of 60 was not allowed into the building housing the Chief Minister’s office, the document was received on his behalf by Hj. Zaidi Bin Hj, Morshidi, Head of Security for Jabatan Ketua Menteri, Sarawak. The handing over of the signatures to Hj. Zaidi Bin Hj. Morshidi was done by the Chairman of SAVE Rivers, Mr. Peter Kallang and Mr. Philip Jau the Chairman of BPAC. The rest of the delegation was stopped at the gate of the office building. As evidence of receipt, a copy of the document was stamped and signed received by the officer.

In a press conference held in Miri on Monday 23rd June 2014, representatives from Baram said that they want to send the signatures to the federal and state authorities again. This time they will include the new signatures which have just been collected. They would like to request for a meeting where they will hand over the signatures to the new Chief Minister of Sarawak, Tan Sri Adenan Satem. “What could have happened in the past is that the government was listening only to the community leaders and they did not have any chance to hear from the people directly. So far, we note that the new Chief Minister is approachable and he had publicly said that he is willing to listen to all. So let us go and see him this time,” said Lah Jok from Long Liam. Long Liam is one of the villages which could be inundated by the Baram dam if it is built.

In a speech by the Tan Sri Jabu Ak. Numpang, Deputy Chief Minister of Sarawak in welcoming the Prime Minister of Malaysia to Long Silat recently, he said that only three persons oppose the Baram dam. To this, Mr. Lah Jok said “this remark by Tan Sri Jabu could be the result of incorrect information from the irresponsible community leaders who are not speaking on behalf of the affected people.”

In May this year, reacting to an international campaign against Sarawak’s extravaganza for building of mega dams, a group of community leaders requested the government to take action against SAVE Rivers and especially the chairman, Mr. Peter Kallang. The community leaders claimed that SAVE Rivers has no right to speak against the dam on behalf of the Baram people and a lot of other baseless accusations. Referring to this incident, a former councillor Mr. Anthony Lawai Karing said “We have been blockading the access roads and stopping works on clearing of the dam site for nine months now. We invite these community leaders to come and have a meeting with us there. They should come and ask us why we are putting up these blockades and listen to us. We are the community and they are supposed to be our leaders. Why are they shying away from their rightful responsibility? Even the building at the blockades in themselves show that the protest against Baram dam is not just by few people and nor is it being incited by outsiders, we are the ones who manned the blockades because we don’t want the dam.”

Speaking on behalf of SAVE Rivers, Mr. Peter Kallang said, “We will request for a meeting of the Baram people with Tan Sri Adenan Satim where they will also hand over the signatures collected to him. We hope that this time the government would listen to the people’s voices.” The date and detail of the meeting will be proposed by a meeting among the Baram people themselves.

SAVE Rivers is a grassroots network of indigenous communities and civil society organizations in Sarawak, working to protect human rights and stop destructive dams in Sarawak.