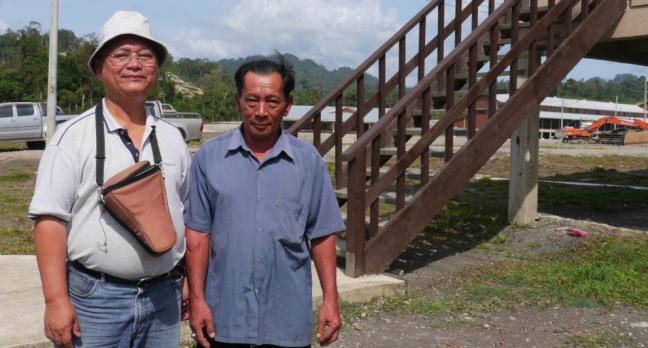 SAVE RIVERS is glad that Human Rights Commissioner (SUHAKAM) made a visit to the Murum resettlement sites and highlighted the problems faced by the indigenous community there resulting from the broken promises made to them. (The Star)

“We are happy that the team from SUHAKAM can see the problems with their own eyes and tell the world about it. This is tangible evidence that all the grand promises made by the government are just rhetoric to hoodwink the people in order to make sure that the dams are built.” said SAVE RIVERS chairman Peter Kallang. “We have visited the people in the resettlement areas and we know that they have a litany of complaints and I can’t understand why their plight is being ignored,” Peter added.

Sarawak Energy Berhad boasted that Murum dam is of International Standard and is the example of all future dams in Sarawak. However, it turns out that Murum dam resettlement is just another example of broken promises and shabby management.

People in Baram must never be duped by all the glorious promises of better livelihood in the so called ‘Bandar Baru’ which is made to sound like the mythical Shangri-La. But as proven from the past dams, the government is not sincere in fulfilling their promises. All they want is to get rid of the villages and villagers, and use their ancestral land to build mega dams.

Sadly but inevitably, the people who benefit from the mega dams projects are not the natives who sacrifice so much in making way for the dams. Just look at the experience of the people who made ways for Batang Ai dam, Bakun dam and now Murum dam.

SAVE Rivers is a grassroots network of indigenous communities and civil society organizations in Sarawak, working to protect human rights and stop destructive dams in Sarawak.