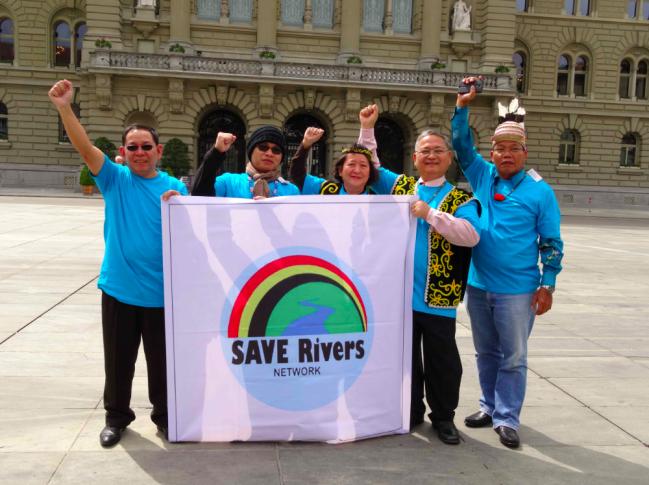 (ZURICH / SWITZERLAND, OSLO / NORWAY) Malaysian natives have just arrived in Europe to confront European companies and the public with the human rights abuses and environmental destruction taking place in Sarawak, Malaysia. Companies such as ABB and Norconsult are involved in a highly controversial dam series planned by the power supplier Sarawak Energy, which is owned by the government of Sarawak.

SAVE Rivers, the network of the dam-affected communities, is meeting ABB in Zurich, Switzerland, on Wednesday. SAVE Rivers is going to inform ABB representatives about how indigenous peoples are threatened by the proposed 12 mega-dams. So far, ABB have been reluctant to provide information about their role in the dam initiative. They have promised, however, to disclose details on their involvement in the Murum Dam on Wednesday. 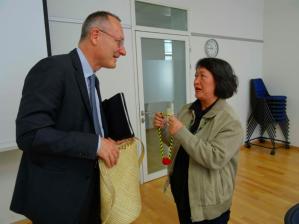 Next week, the NGO delegation is travelling on to Norway, one of the leading countries in hydropower development. Sarawak Energy heavily relies on Norwegian knowledge in realising its mega-dams. The Norwegian CEO of Sarawak Energy, Torstein Dale Sjøtveit, has mobilized resources in Norway such as the engineering and design consultancy company Norconsult. Norconsult has steadily increased its presence in Sarawak and has provided essential studies on the Murum, Baram, Baleh and Pelagus Dams.

At their first stop in the Swiss capital of Berne, the Sarawak natives met with Swiss authorities to discuss the human rights aspects of an upcoming Free Trade Agreement between the European Free Trace Association EFTA and Malaysia. The head of the Swiss negotiation team received the Malaysian delegation. They could raise their concerns on human rights, environment and corruption in Malaysia that should not be side-lined in the agreement.

SAVE Rivers demand that all European companies stop their cooperation with human rights abuser Sarawak Energy. Besides talks with involved companies, SAVE Rivers are meeting with civil society in Switzerland and Norway. The destructive impacts of dams will be discussed. SAVE Rivers is touring in Europe until 24th of May. SAVE Rivers’ three-person delegation is chaired by SAVE Rivers Chairman Peter Kallang and comprises Maria Ajang from Long Palai and Lah Jok from Long Liam, two villages affected by the planned Baram Dam.