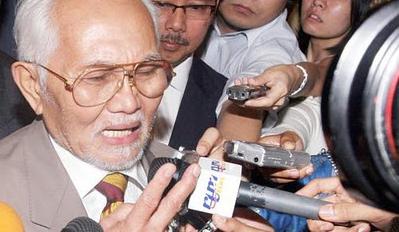 (KUCHING, MALAYSIA) A Malaysian lawyer-cum-politician is challenging the succession plan of outgoing Sarawak Chief Minister Taib Mahmud with a lawsuit filed with the High Court in Kuching, the capital of Sarawak, Malaysia’s largest state. Yesterday, the High Court ordered that Taib Mahmud will have to appear in court over commercial activities in Malaysia and the United States, which are deemed to be in breach of the constitution. The constitution of Sarawak, which became part of Malaysia in 1963, prohibits its Chief Minister and Governor to involve in commercial activities. 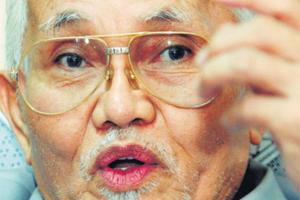 Taib has been summoned to Court.

According to the statement of claim filed by Wong King Wei, member of the Sarawak State Assembly (Regional Parliament), Taib Mahmud, who has been Chief Minister of Sarawak since 1981, has breached the constitution “on the grounds that he is and was at all material times actively engaged in commercial enterprise”. As a consequence, the constitutional rights of the plaintiff and the citizens of Sarawak have been “affected and prejudiced.”

In particular, Taib Mahmud has “at all material time” been a director and shareholder of Malaysian companies Mesti Bersatu Sdn Bhd, Pehin Sri Heritage Sdn Bhd and “of various foreign companies, including Sakti International Corporation in the United States of America.” It also alleges that “the Defendant is actively engaging in commercial enterprise as principal through his children, family members and nominees.” 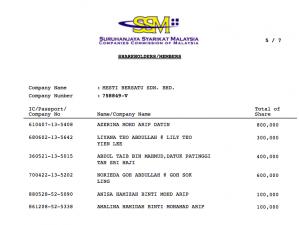 The statement of claim details that Mesti Bersatu Sdn Bhd holds shares in 10 further Malaysian companies, one of which, Delta Padi Sdn Bhd, received 12,400 hectares of state land from the Sarawak government for agricultural purposes at an extraordinary low price.

The plaintiff asks the court for an order that Taib Mahmud shall be prohibited from accepting the appointment as Governor of Sarawak and a declaration that Taib has violated the Constitution of the State of Sarawak during his tenure as Chief Minister.

On 12 February 2014, Taib Mahmud tendered his resignation as Chief Minister of Sarawak after 33 years in office. Taib’s party, the PBB publicly recommended that Taib should become Governor after the term of office of the current Governor will expire by the end of this month.