The Penan community affected by the Murum Dam project in Sarawak is being forced to resettle even when the alternative longhouses and the facilities are still being constructed. The Penans do not want to move but they are being forced because, despite the dam being still under construction, the impoundment (filling up of the dam) has begun.

The Penans’ houses and fields are quickly getting flooded. They had little time to move out all their possessions and could do so in bits and stages. But when they returned to salvage the rest, they found their property destroyed and some assets (e.g. chainsaws and boat engines) burned. The Penans are truly up against ruthless and ravenous businesspeople, supported by an even more ruthless and heartless government. 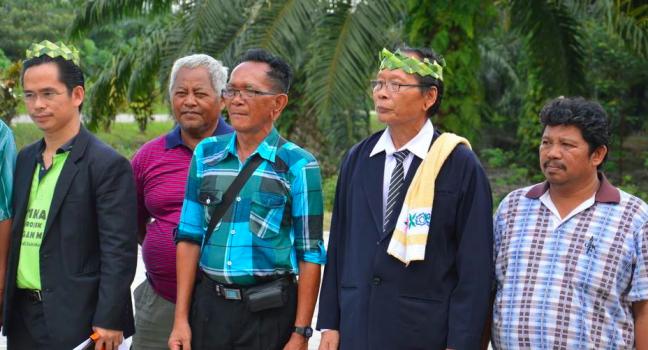 Thirteen representatives of the Penans affected by the construction of the Murum Dam were in KL over the last 3 days to meet and hand over memoranda to political leaders, Police chiefs and Suhakam, and also to meet and share with civil society groups and the public.

On the final leg, before they flew back in the afternoon of Friday, 22 November 2013, they had a sharing session with the Temuans of Kampung Busut Baru, near Bukit Cheeding, Banting. The Temuans from this community and the neighbouring Kampung Air Hitam Baru, were resettled here when KLIA was constructed in 1993.

What the Temuans had to share was a tale of sweet talk, broken promises, great hardship and a feeling of being cheated many times over. The resettlement site was a peat swamp forest, with the compensation ‘land’ nothing much more than forest trees and undergrowth dumped into the peat swamp to fill it. The houses had cracks, some tilted and were not safe for living in; while the promised agriculture project (1,500 acres of oil palm for the two settlements) did not materialise until many years later. And that too, only 1,000 acres was planted. Water had to be brought in by tankers twice a week for the first 3 years. 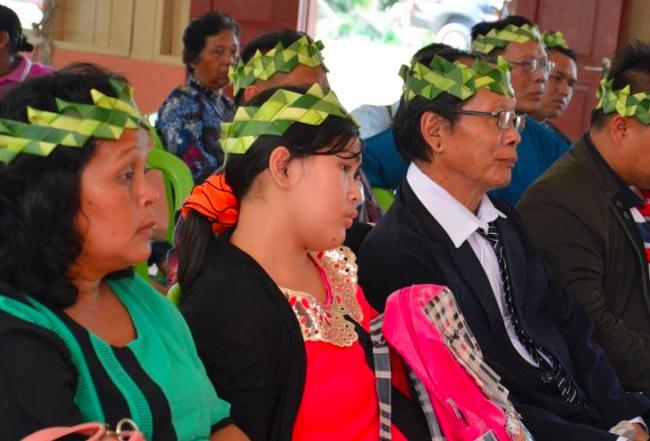 Now 20 years on, the area has a semblance of looking like a proper village. But the people had all these facilities, and more, in their original settlement! Resettlement had actually pushed them backwards on the development scale. And it has taken a very long time to realize some of the promises made.

The Penans have a long and difficult battle ahead. In fact, many other native Sarawakians face the same plight. For, despite the excess capacity in electricity that the Bakun Dam will provide, Sarawak has plans to construct more hydroelectric dams. The Murum and Baram dams are just two of the 12 on the cards.

For more info on the Penans’ lobbying trip to KL, and for updates on the campaign against dams in Sarawak, go the the following links:

In solidarity – Indigenous communities from East and West Malaysia