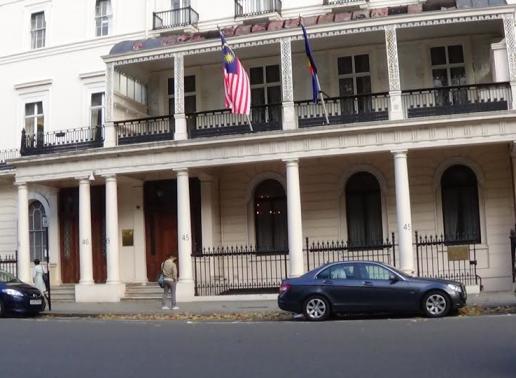 Sarawak Report took part in a global initiative today to highlight human rights concerns at the Murum dam site in Sarawak. Malaysian representatives in 15 countries received a letter signed by over 30 organisations representing national, regional and international civil society groups that called for good faith negotiations with the 1,500 Penan indigenous people who are being displaced to make way for the Murum Dam in Sarawak.

“Sarawak’s Chief Minister Taib and Sarawak Energy expect that by shrouding their actions in secrecy, international scrutiny can be evaded and the Penan will simply comply by vacating their land. It is unacceptable that as reservoir impoundment begins, communities are still left in the dark, while the impact assessments and full resettlement plans remain undisclosed.” 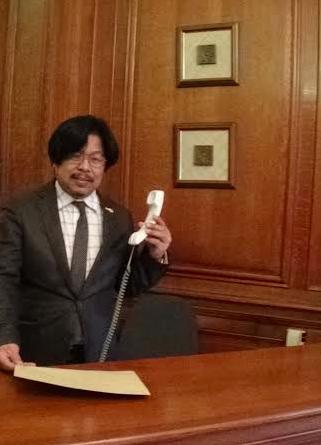 The desk at the Malaysian High Commission in London takes receipt of the letter to his Excellency the High Commissioner Dato’ Sri Zakaria Sulong, on behalf of Najib.

Since September 20th, over 200 Penans from dam affected villages have set up a blockade along the access road to the dam site to demonstrate their lack of agreement over the resettlement plan being imposed on them by the Sarawak state-owned company, Sarawak Energy Berhad. For the past three weeks, the families have been surrounded by a contingent of riot police that has cordoned off the area, isolating the families and blocking their access to medical personnel, lawyers and independent media. 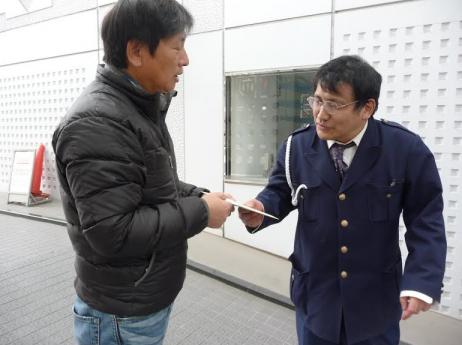 “On November 11th, we sent a letter directly to Malaysian President Najib’s office to express urgent international concern about the forcible displacement of the Penans from the planned reservoir area of the Murum Dam. Our letter urged responsible authorities, as well as Sarawak Energy, to immediately negotiate with the Penan communities affected by the dam. Until now, neither we, nor the Penans have received a response to any of our demands.” explained Tania Lee of International Rivers. 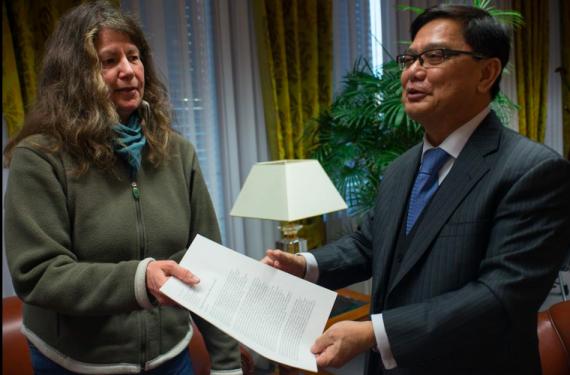 “The claim by Sarawak Energy that Murum Dam is ‘world-class’ is false. There are many deceptive claims being made by the corporation that have forced people into accepting the dam construction. Even the environmental impact assessment was completed when the dam was already about 80% done, which means no baseline evaluation was done before construction started.The resettlement action plan, too, was completed at such an advanced stage of the dam construction that the affected people missed any opportunity to reject the project.

The construction of the Murum Dam quite simply does not comply with the requirement for Free Prior and Informed Consent as stated in the United Nations Declaration on the Rights of Indigenous People.” 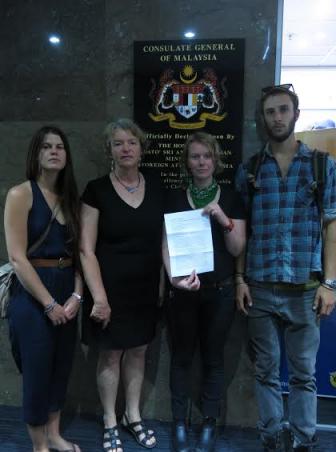 Jenny Weber of Huon Valley Environment Centre in Tasmania, who is helping to coordinate the delivery of the letter in Australia today, explained:

“We are aware that international investments in Sarawak Energy are complicit in the company’s dam building efforts. We challenge the financial, corporate and state actors involved in the Murum Dam to respect the Penan’s demands for full consultation and remedial compensation, based on terms that are acceptable to all affected communities.” 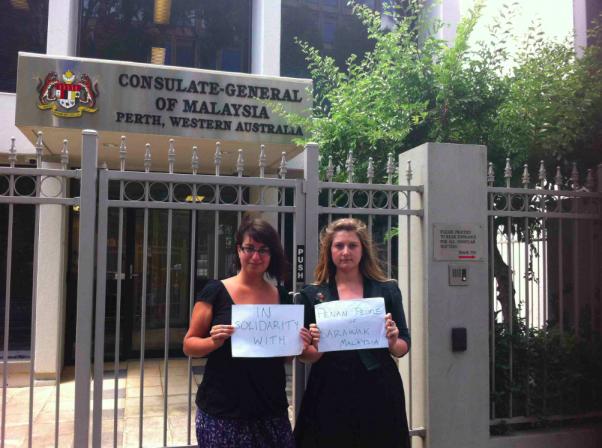