JOAS Statement: Indigenous Peoples will not respect a Government that does not respect us 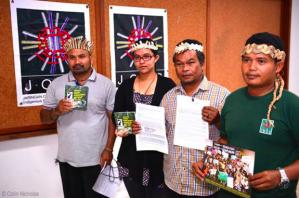 The Indigenous Peoples’ Network of Malaysia (JOAS) rejects the Malaysian Government’s explanation on why it has not accepted six recommendations related to Indigenous Peoples’ rights at the second cycle of the United Nations Human Rights Council’s Universal Periodic Review (UPR).

At a press conference today, JOAS which comprises 83 community organisations, five c andidate members and five NGO affiliate members, said it was appalled by Malaysia’s response, particularly because at this UPR cycle, it had taken great pains to discuss with the Ministry of Foreign Affairs, both in Kuala Lumpur and in Geneva, to accept its recommendations indigenous rights and had received positive response from them.

A response report to the recommendations issued by the Government stated that Malaysia will continue to take steps to better protect and respect the human rights of its indigenous population. The Government further said that at present, a Task Force comprising senior government officials, civil society representatives and academicians are in the process of determining, inter alia, details on which recommendations can be implemented in the short, medium and long term. 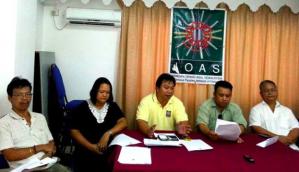 It added that “as the Government does not wish to pre-judge the outcome of the Task Force’s deliberations, Malaysia is unable to accept these recommendations at this juncture.”

JOAS also said that the government failed to give any explanation for its rejection of the other important recommendations and the act by Malaysia to accept only general recomendations at the UPR shows its lack of seriousness in adressing the human rights violations and marginalisation of Indigenous Peoples.

“The reasoning by the Malaysian government to reject the recommendations because of the existence of the Task Force is unacceptable. 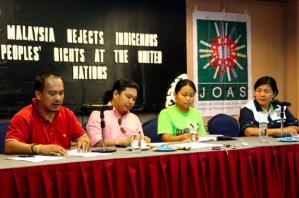 “This shows that the government is not sincere and shows no respect for the rights of Indigenous Peoples of Malaysia.

We are frustrated with the Malaysian government, and we will not respect a Government that does not respect us.”