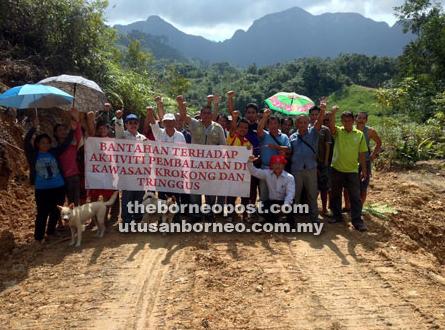 According to a report by Malaysian news agency Bernama today, Bengoh state assemblyman Jerip Susil has urged the Sarawak Forest Department and the police to take immediate and firm action against the company and people engaged in illegal logging on Native Customary Rights (NCR) land in Krokong and Tringgus in Bau, Sarawak.

Jerip, who is the state assistant minister of public health, said he had confirmed that the logging was illegal after checking with the Sarawak Forest Department.

“I was told no licence was issued for any company to log that forest area. Therefore, it is necessary for the enforcement agencies (forest department and the police) to act quickly to stop the logging,”

He said the residents of 12 villages had protested against the logging on their NCR land because they did not want it to affect the forest which was their source of food and income. A group of residents from the 12 villages in the Krokong and Tringgus areas staged a peaceful demonstration on Tuesday against the logging, the gathering led by Penghulu Dihoi Nyawen.

“They do not want the forest to be affected because there are rivers where they get their supply of fish and it is a place for them to hunt animals. The rivers in the forest will also be developed for the Tagang (breeding of fish) programme,” Susil said. 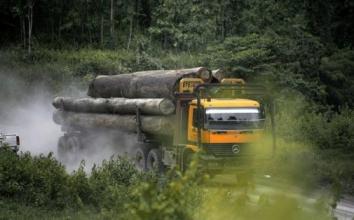 Penghulu Dihoi said the intrusion in the forest area was for the fourth time, the first being in 1998, the second in 2000 and the third in 2011.

“The three previous intrusions were amicably resolved and the Forest Department even revoked the logging licence given to a company in August 2012 but somehow another company came to continue with the illegal activities,” he said.

He said the latest intrusion was detected on Jan 21st and a police report was made by a member of the Kampung Tringgus Development and Security Committee at the Bau District police station on Jan 25th.

He said the 12 villages submitted a memorandum to the Forest Department last year, requesting it not to allow their NCR land to be turned into logging areas but there had been no repl y up to now.

“We strongly object to any form of logging in the forests which are in our NCR land because it will pollute the environment and the rivers.”