Chief Minister Taib Mahmud unveiled his latest development initiative this week under the title the Darul Hana Development Project. According to Taib, the development will take between 10 – 15 years and will benefit 14,600 residents from 3,647 families in 12 traditional villages along the Sarawak River. 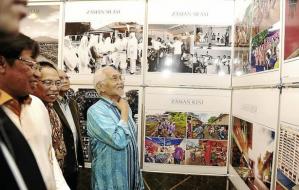 Taib unveils his new project. but who will profit?

Yesterday opposition politicians expressed concern over the project questioning whether the government had given any thought to retaining the culture and heritage of the long established villages. PKR’s state election committee member Baharuddin Mokhsen said they were concerned as culture and heritage – like historical relics or site – once gone, are gone forever.

“We are not saying that the government has not taken any consideration but we want to highlight it now before the damage is done,” he told the press.

He said much was left to be desired in terms of the period and manner of consultation with those affected, and that consultations should be thorough, transparent and held over a fair period of time to enable all those affected to provide input.

Taib’s development projects under the Sarawak Corridor of Renewable Energy (SCORE) have come under local and international scrutiny where indigenous communities have been faced with a lack of consultation and unfair compensation packages. 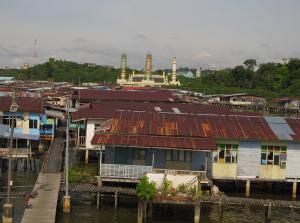 Many living at Darul Hana are in the dark over the project.

Baharuddin said there must be transparency in the quantum of compensation and consideration as the land the villagers are giving up is a ‘gold mine’ being prime commercial land.

Baharuddin called on the government to ensure transparency of whatever contract or services to be done in the area, and avoid the habit of subcontracting to “crony companies”.

On the same subject, Batu Lintang assemblyman See Chee How said the party was skeptical whether any thought was given to retain the culture and heritage of the villagers.