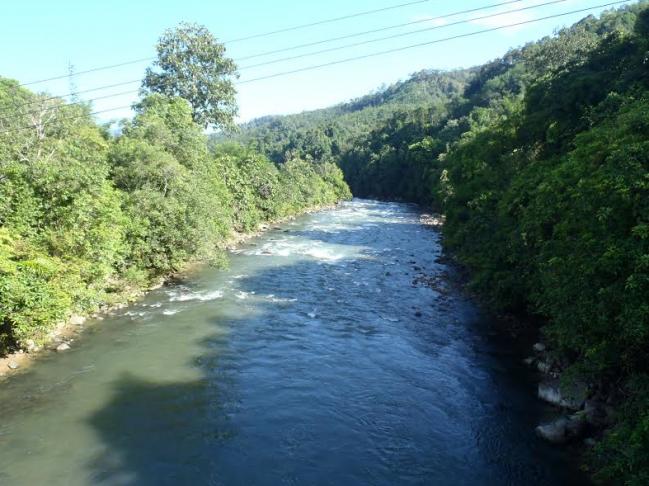 The Papar River is a lifeline for communities in Ulu Papar.

The Sabah Government, in particular the Infrastructure Development Ministry, must understand the value and significance that areas to be flooded by the proposed Kaiduan Dam hold in terms of ecosystem services, age-old cultures and right to live on ancestral lands.

In its second statement within a week, Sabah Save Rivers (SSR) said it is an insult to indigenous people and those who live in Ulu Papar for the Government to suggest that the dam will only impact 110 homes without looking at the bigger picture.

SSR spokesperson Mary Giun said communities in Ulu Papar are well versed in the importance of protecting the ecosystem and that Crocker Range holds priceless value in the long term availability of clean and safe water for Sabah’s west coast.

Mary said minister in charge Tan Sri Joseph Pairin Kitingan is giving the wrong impression to people in Kota Kinabalu and Penampang in justifying the need for a dam in Ulu Papar.

“We are here to clear the air. The figure of 110 homes is wrong. There are at least two to three families in each house and we have also seen an increase in population in the area. Over and above that, the Ministry has failed to see Ulu Papar’s role as a watershed for the west coast of Sabah and for all the other values it holds.

“Indigenous people in the area are safeguarding the west coast’s water tank. We want the public to be aware of this. One day, those who live in the city and its surrounding areas will be thankful to these very same communities who are struggling today to get the Government to listen to their side of the story,” Mary said.

Mary who is also heading the Taskforce Against Kaiduan Dam, said at a briefing organised in 2009 by the developer, it was stated that four villages would be inundated – Babagon Laut, Tiku, Timpayasa and Buayan, involving 72 houses and 386 people.

However, a map of the project shows that other villages too will be flooded and some will fall under the catchment for the dam.

“The coalition (SSR) and communities insist that Tan Sri Pairin must see for himself what it is like in Ulu Papar and to visit the villages. It is easy for him to sit on a chair and speak about the project,” she said.

Mary added that it was inappropriate for Pairin to keep on pushing for the dam at an event on Wednesday to mark World Water Day with the theme “Water and Sustainable Development” as “there is nothing sustainable about dams.” SSR also took offence with the organiser’s decision to have a replica of a dam on stage.

A team from SSR, representatives from Ulu Papar communities and those impacted negatively by the Babagon dam had gathered at the event and even raised banners, but were later advised by police to take them down. SSR comprises several NGOs and civil society groups that want the Government to address non-revenue water and improve other infrastructure instead of insisting on the Kaiduan Dam.

Mary said there was confusion over the size of the dam, with the Government announcing in May 2009 that the RM2.8 billion facility would take up 12 square kilometres, and by November the same year stating that it was 5.2 square kilometres in size.

“Figures keep on changing and we are unclear on what is actually happening,” she said.

Mary added that at one time, communities faced conflict with Sabah Parks when part of their lands were included into the gazetting of the Crocker Range Park (CRP) but eventually a joint management system was put in place to protect Ulu Papar, mainly with the aim of safeguarding it as a watershed.

“The people of Ulu Papar are guardians of bio-cultural wealth and deserve to be commended for their role in UNESCO declaring Crocker Range Park as a Man and Biosphere reserve, aimed at improving relationship of people with ecosystems through education and science.

“The people of Ulu Papar have every right to continue living there,” she said.