SAM Press Statement: Eyewash for a sinister plan – Stopping issuance of logging licence is merely smokescreen for the push of forest plantation 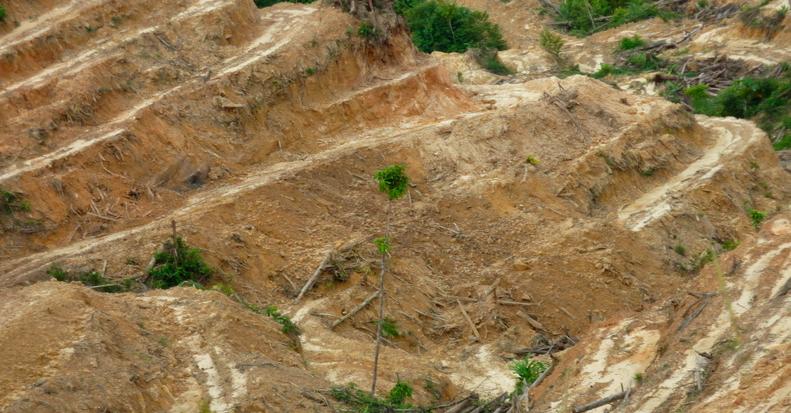 Sarawak Chief Minister Tan Sri Adenan Satem again shocked the public when he announced on 9 October that ‘there would be no more issuance of logging licence’ until the problem of illegal logging is stopped.

While Sahabat Alam Malaysia (SAM) welcomes what would appear to be Tan Sri Adenan’s resolve to curb the scourge of illegal logging, we are not convinced that it will stop illegal logging activities or save the remaining forested areas in the state.

In fact, if the announcement is indeed carried out at all, it is merely a smokescreen for the on-going conversion of “degraded” forests either into oil palm plantation or forest plantation, the latter disguised as reforestation project.

The truth of the matter is that there is hardly any need for issuance of new licences as there is hardly any forested area in Sarawak that contains commercially valuable timber density. More than three decades of unsustainable logging practices had severely depleted the forests. And that was the real reason for the flurry of forest plantation licences issued by the state government in the last decade.

As a matter of fact, existing timber concessions already numbered more than 45. Many of these Licence for Planted Forest (LPF)s that overlapped with existing timber concessions are effectively dual-purpose permits: first, to clear fell degraded forests (without the need for a logging licence) and secondly, to put up mono-species timber plantation.

It is, therefore, disingenuous on the part of both the Federal and State government of Sarawak to claim that the Forest Plantation Scheme is to protect the remaining natural forests when the very policy approach is a result of poor forest management. Worst, the favorable soft loan and Federal allocation serves as a perverse incentive that encourages the conversion of natural forests, albeit degraded, into fast-growing timber plantation.

We reiterate our challenge to Tan Sri Adenan ‘to walk the talk’ on coming down hard on illegal loggers by starting with acting on the illegal harvesting of tapang in the Sg Pelutan area that was highlighted by SAM early this month.

We further challenge the Chief Minister to:

· Disclose the complete list of existing timber licences and planted forest licences, the names of the licence-holder, the size of the concession, the period and expiry dates of the licences in the interest of promoting transparency and accountability in the forestry sector

· Suspend immediately the conversion of degraded forests into forest plantations

· Implement genuine reforestation activities with the participation of local and indigenous communities.