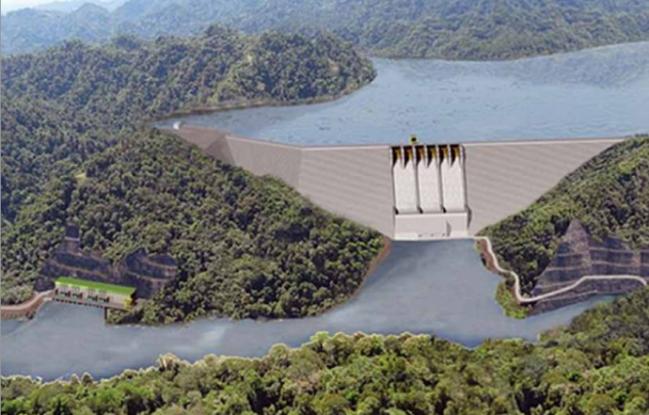 With great interest we have learnt that you will give a keynote speech at the International Energy Week in Kuching upcoming this 27 to 29 January.

We would like to use this occasion to call your attention to the findings of a recent study of the University of Oxford on the economy of large dams and would like to ask you to become a pioneer in the promotion of small-scale energy solutions and for rural electrification in Malaysia. We would also like to take this chance to ask you for a meeting in Kuching during the International Energy Week in order to discuss Malaysia’s power future.

Researchers at Oxford University have accomplished the most comprehensive economic analysis of large dams ever undertaken. The study, which is based on a representative sample of 245 large hydropower dams built in 65 different countries between 1934 and 2007, states that large dams are not economical: “We find that even before accounting for negative impacts on human society and environment, the actual construction costs of large dams are too high to yield a positive return.”

The research team led by Atif Ansar found that planners and policymakers systematically underestimate the costs and time required to implement large dam projects: the actual costs of large dams were 96 per cent higher than the estimate, on average, and implementation took 44 per cent longer than scheduled. The analysis reveals that cost and time overruns have not improved over time. The cost and time forecasts are still as wrong as they were 70 years ago.

The study speaks a clear language: large dams are an expensive technology of the past. The future lies with other forms of energy. To minimize the risks associated with large dams, the Oxford study especially advises countries at a lower level of economic development to implement energy alternatives that have a shorter implementation span and a smaller budget than large dams.

The time is ripe for turning the focus away from mega-projects that involve great financial risks and moving towards small-scale energy sources that incur lower environmental and social costs. We would very much invite you to join forces with us in the promotion of small-scale energy alternatives from which the rural communities all over Malaysia would profit.

In Sarawak, the indigenous communities are extremely interested in micro-hydro projects, which promise low cost energy for the communities without adverse environmental and social impacts. Please come with us to the Baram area, currently threatened by the proposed Baram Dam, and help develop a sustainable energy alternative with a focus on the needs and potential of our rural villages.

Your recent comments on regulating legal logging in order to save Malaysia’s beautiful forests for a bright future of Malaysia have proven your ability to read the signs of the times. A visionary personality and leader like you is in an ideal position to promote these seminal technologies with an immense potential to overcome rural poverty in Malaysia.

We would like to invite you to include these last scientific findings from Oxford in your speech „Harnessing Sustainable Energy Towards 2020“ at the International Energy Week. Please also advice the invited investors to act responsively in Malaysia by respecting indigenous and human rights as guaranteed under our constitution. Please contact us to arrange a meeting to discuss the mega-dams project proposed by the Sarawak State government under “Sarawak Corridor of Renewable Energy” (SCORE), which is a massive threat to environment and human rights.

In the hope for a common paths towards a sustainable future for Malaysia.