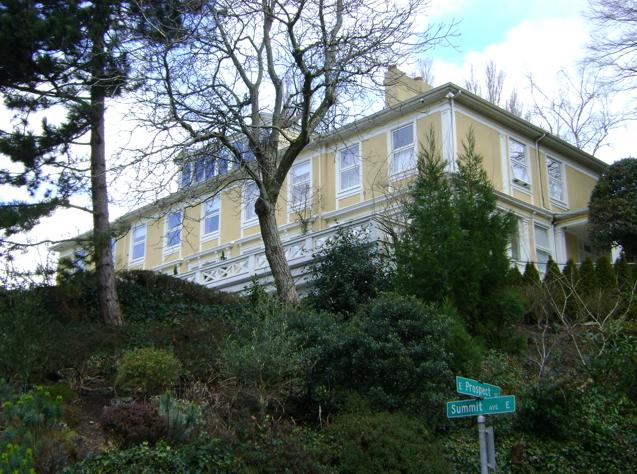 The mansion appraised at over US$ 5 million was part of a US$ 80 million property portfolio administered by the late Taib US aide Ross Boyert. Boyert killed himself in October 2010 after he had been sacked by the Taibs. Prior to his death, he leaked hundreds of pages of internal documents on the Taibs’ secret real estate deals in the US to Sarawak Report and the Bruno Manser Fund.

Public records from the Washington Secretary of State are showing that the Seattle Mansion at 1117 E Boylston Avenue changed hands from the Yaw family’s CSY Investments to WA Boylston Inc, a Taib family company, on 19 September 1991 at the price of US$ 1.

The Yaw family is one of the main beneficiaries of the Taib government’s timber politics in Sarawak. Its main corporate vehicle, the Samling Group, was granted over 1,9 million hectares of timber and plantation concessions by the former Chief Minister.

In a letter to BMF executive director Lukas Straumann, Mishcon de Reya acknowledges the transaction between the Yaw and Taib families but claims the property changed hands „at full market value“ in a „normal transaction“. The London lawfirm fails to back up its claim with documentary evidence or to specify the sum allegedly paid for the mansion.

Mishcon de Reya’s letter is the first statement made on behalf of the Sarawak Governor on the Boyert affair. Hitherto, Taib has refused to comment on documents leaked by his family’s former US aide.

Boyert said he and his family had been systematically harrassed and stalked during more than three years after he had taken the Taibs to a San Francisco court over his dismissal.