Miri: Deputy Chief Minister Tan Sri Alfred Jabu’s statement as published in the Borneo Post on 22nd July is irrational, insincere and outright rude. The reason why the Baram district is the most underdeveloped part of the state is due to the government’s neglect. The minister has no reason to blame others for this but himself and his cabinet colleagues who were and are in the government. On top of that, compared to all the others, Tan Sri Alfred Jabu anak Numpang has been in the cabinet the longest (40 years, since 1974). Over the years, he had all the opportunities to develop Baram if he really cared for the people. 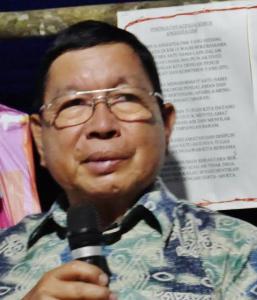 “In saying that Baram is too remote to be developed, Jabu is contradicting himself. At the moment the government seem so focused in developing the very remote parts like in Bario, Long Peluan, Long Banga and other places which are much further than the villages in the mid region of Baram, where we live,” said James Nyurang, the Ketua Kampung of Tanjung Tepalit. “If the government is sincere in developing Baram it is not a problem at all,” he added. Among other projects, James took   as examples was the RM17 million allocated by the government to develop the Bario Rice industry. In January 2012, DCM Tan Sri Jabu announced the project which has now been implemented. To ensure the success of the project, it is included as a National Key Result Areas (NKRA). Another project is the rubber source bush nurseries in remote Long Peluan which was launched by the DCM in 2013.

One of the much hyped lure used by the politicians in promoting the Baram dam is the “Bandar Baru Telang Usan” a proposed new township where those who could be affected by the proposed dam will be resettled. Referring to that, the comment from Mr. Philip Jau, the chairman of the Baram Protection Action Committee (BPAC) is, “If the government wants to build the new township we the Baram people do not oppose to it. They can build as many townships as they want, but do not build the Baram dam,” and he added, “we want infrastructures, especially good roads. So bring development to Baram but do not destroy the facilities and development which are already in place,” said Philip. 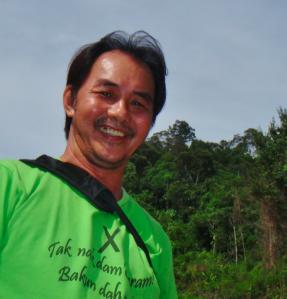 The proponents of the Baram dam, especially a few politicians from the ruling party are completely oblivious to the voices of those who are against the proposed Baram dam. The majority of those who could be affected by the proposed dam do not agree with this particular plan by the government. Based on the signature campaign carried out against the project and the number of those who do not want to participate in the on-going Social and Environmental Impact Assessment (SEIA) launched by Sarawak Energy Bhd, there is no question that those who are opposing the dam outnumber those who support it. However, the politicians backed their claim that they have the majority support for the project based on feedbacks by a few government appointed community leaders and a few government supported FORUM, a government backed so called None Government Organisation.

Now at the age of 74, the DCM should think seriously about retiring from politics.