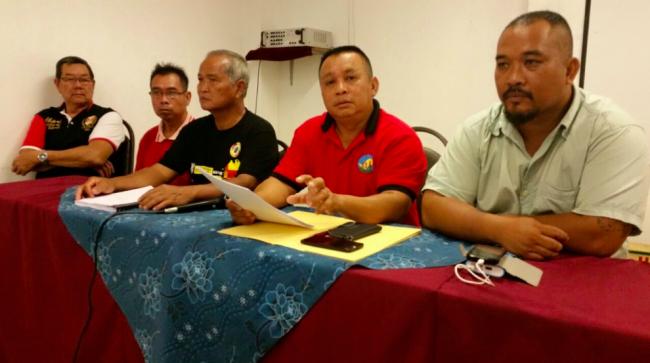 MIRI – The Sarawak Native Customary Rights Land Network (TAHABAS), a network of native communities in Sarawak who are advocating to have their native customary rights (NCR) recognise and protected by the state government, stand firm in solidarity with the Baram residents affected by the proposed Baram Dam Hydroelectric Project (HEP) to call on the state government to reject and scrap the said project.

We feel disappointed with the recent statement made by the Sarawak Chief Minister which was published in the Borneo Post on 17th May 2015, headlined “Aye To Baram Dam – Finally”, where the CM misleadingly and maliciously said that the silent majority has agreed to the proposed dam project and gave the go ahead to Sarawak Energy Berhad (SEB) for the project to start as soon as possible.

This statement by the CM is grossly inaccurate as he has yet to meet and hear from the real majority voices of the people in Baram who rejected the proposed dam project and want it to be scrapped.

The CM is clearly being misinformed by the so called “professional” and Orang Ulu community leaders who met with the CM at a closed door session in Miri on the 16th May 2015, where most of the people in that session were not originated from Baram and are having vested interests in the proposed dam project.

If the CM sincerely wants to know if the majority of the Baram people accept or reject the proposed dam project, he should not hold a closed door session but have as many open and frank consultation sessions with as many people from Baram as he can.

CM Adenan talks about following international standards and standard operating procedures, but there are a lot of questions by the public on what standards he was referring to and the SEB is not transparent in their so called standard operating procedures right from the beginning. The state and its resources are not private properties of a particular person or the SEB and as such it is mandatory for those in power to comply with the relevant laws and regulations and respect the rights of local citizens whose NCR lands and resources are to be submerged by such mega projects who say NO to its implementation.

Once again, we reiterate our call to the state government to scrap the proposed Baram Dam HEP as we stand in solidarity with the Baram residents to reject the dam.