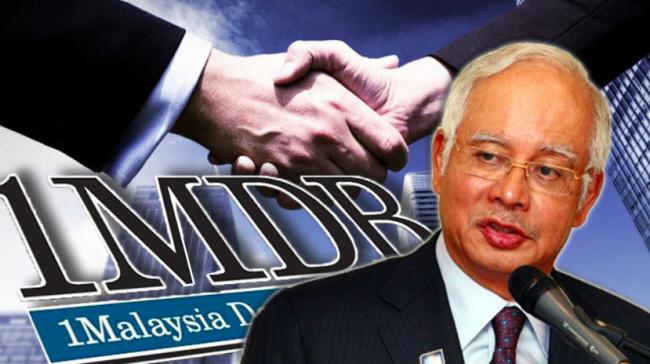 Media Statement by Tony Pua, DAP National Publicity Secretary and Member of Parliament for Petaling Jaya Utara in Kuala Lumpur on Thursday, 28 May 2015:

The discovery of the Memorandum and Articles of Association (M&A) of 1Malaysia Development Bhd dated 11 August 2009, exposed the Clause 117 which placed absolute powers over the company’s decisions at the hands of the Prime Minister.

Clause 117 dictates that the Prime Minister must give his “written approval” for any of 1MDB’s deals, including the firm’s investments or any bid for restructuring.

Other matters which need the Prime Minister’s written approval are amendments to the company’s M&A as well as all appointments and removal of directors and senior management team of 1MDB.

Therefore Jho Low was absolutely right and was telling only the truth when he blurted to in March asking, “Guys, it’s very simple, there’s a board, who’s the shareholder?”

With this confirmation of 1MDB’s M&A, all the responsibility over the colosal RM42 billion of debt and billions of ringgit of losses and missing cash falls directly and entirely on the shoulders of Dato’ Seri Najib Razak. He not only signed off all decisions, he was involved every step of the way.

As a result, we demand that Dato’ Seri Najib Razak recuse himself from any further involvement in all decisions over the investigations of the monster 1MDB scandal. Firstly, he must stop taking charge over the direction and manner the investigations are carried out. Secondly, the Auditor-General’s office, which is a department under the Ministry of Finance, must also stop reporting to the Prime Minister, who is also the Finance Minister, on its findings and investigations.

In addition, as Dato’ Seri Najib Razak is directly implicated in the transactions which took place in 1MDB, he must stop immediate participation in all on-going and future investment, restructuring and business decisions of the company until all investigations are completed. This is to prevent any attempt by the Prime Minister to effect any transactions to cover up any incriminating misdeeds which took place in the past.

If the Prime Minister were to continue his involvement in the investigations as well as 1MDB’s business decisions, the integrity and trustworthiness of any reports produced will be questioned and the public interest in the matter will be severely jeopardized.

Instead, the Deputy Prime Minister, Tan Sri Muhyiddin Yassin should be given immediate full authority over the direction of investigation of 1MDB. In addition, the Auditor-General must be directed to reported directly to the Public Accounts Committee over its findings, entirely bypassing Dato’ Seri Najib Razak to avoid any potential conflict of interest.

Finally, all major investments, restructuring and business decisions of 1MDB henceforth, must be approved directly by the Cabinet, and not be the Prime Minister alone, as dictated in the Company’s M&A. Where necessary, the M&A must be immediately amended to ensure that a proper set of corporate governance with the necessary check and balance is adopted by 1MDB.