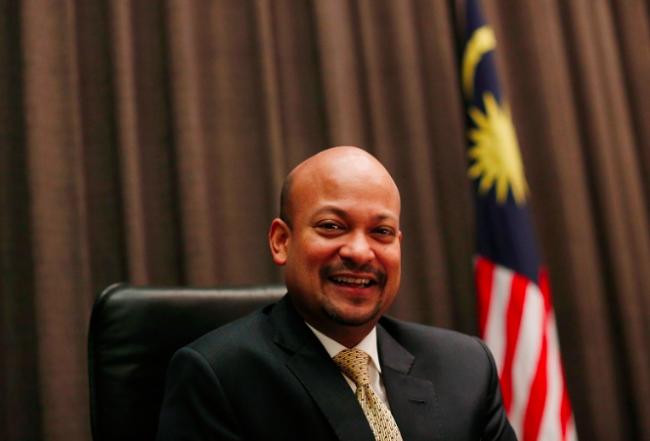 Earlier today, I have issued a statement alleging that “1MDB is already more than 2 months past the 31 March financial year end for this year and yet no work has been started at all by the auditors on the holding company. No dates have also been set by the company or by its sole shareholder, Ministry of Finance for the audit to begin.”

He claimed that “the audit of a major 1MDB subsidiary, Edra Global Energy Bhd, has already commenced and is well under way”.

I asked about the “holding company”, 1MDB, where all the controversy over its funds, cashflow problems and alleged misappropriations lie, but Arul tells us that the audit has commenced on its subsidiary.

What’s more, the commencement of audit work for Edra isn’t at all surprising. It is expected because the company is preparing for their initial public offering.

However, what Malaysians want to see is the March 2015 financial statements for “the holding company” which I highlighted in my statement.  We want to know about the controversial assets held in various overseas banks.  We want to know what is the true debt situation in 1MDB and the extent of the company’s cashflow problems.

All we got from Arul Kanda in his denial was “the board and management of 1MDB met Deloitte as early as February 2015 to discuss commencement of an audit after the financial year-end of 31 March 2015.”

Unfortunately, what we didn’t get from Arul Kanda was, when the audit will actually commence.  More worryingly, we would like to ask the President of 1MDB, why is it that since the discussion more than 3 months ago, the audit for 1MDB have not commenced?

Arul Kanda separately highlighted the fact that “1MDB is currently undergoing a thorough review and investigation of its accounts by the National Audit Department.”

Let me state that the fact that the Auditor-General (AG) reviewing the past financial statements of 1MDB does not in any way justify the fact that the statutory audit for 1MDB has not commence.  These are two different and independent processes which surely a multi-billion ringgit public-interest company cannot afford to neglect.

In fact, given that there is a parallel on-going AG review, Deloitte should be invited to commence their audit earlier so as to provide the auditors with a longer lead-time to complete the report.

Regardless, the fact remains that the Company’s Act 1965 states very clearly that a companies’ audited report must be lodged with the Commission within 6 months after the financial year end.

Any breach of the Act is serious enough to dictate imprisonment for 5 years or a RM30,000 fine “if any director of a company fails to comply or to take all reasonable steps to secure compliance by the company… has by his own wilful act been the cause of any default by the company thereunder, he shall be guilty of an offence against this Act.”

Let me reiterate our demand for the Prime Minister to direct 1MDB to allow Deloitte to carry out their audit exercise immediately to protect the reputation of the Finance Ministry and to uphold good corporate governance and financial integrity in 1MDB.

Arul Kanda on the other hand, should stop giving excuses and give his assurance to Malaysians that the statutory financial audit for the scandal-ridden 1MDB for the 31 March 2015 financial year-end will be completed by 30 September 2015 as required by the law.