Wilmar backs out from Sarawak on environmental concerns 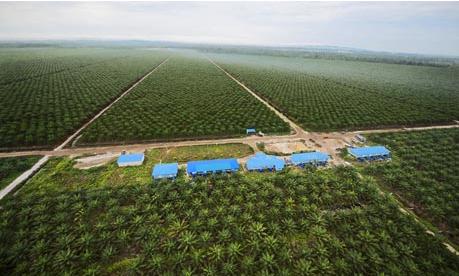 One of Sarawak’s largest palm oil refiners “Wilmar” has told the state of Sarawak that it will no longer buy palm oil from companies that are planting in cleared forest and peat swamp areas out of environmental concerns. Wilmar buys 45% of Sarawak’s crude palm oil (CPO) and their largest shareholders include Perlis Plantations Bhd, HSBC, Citibank and Morgan Stanley Asia.

Sarawak’s palm oil plantations are notorious for destroying Sarawak’s native plant and animal species in the state. Over 400 native customary rights (NCR) court cases are currently going through the Sarawak legal system, many of them for illegal encroachment by palm oil and logging companies.

“Since most of the state’s oil palm are grown in cleared forests and peat swamp, (that means) they won’t be buying from us. They can go to those who grow them in the Sahara desert,” he told a news conference in his office at Petrajaya today.

In another letter received today, Wilmar said from next year, it would buy CPO from oil palm grown in “areas with high carbon content” and from oil palm planted in forests before 2005.