Court Case Opens Against Najib In France.... How Come Not In Malaysia? 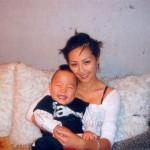 The very day after Najib Razak’s own appointed Attorney General refused to press the charges recommended by the Malaysian Anti Corruption Commission against the Prime Minster, France opened its own court case …. into further corruption by Najib!

The case relates, of course, to the long-running scandal over the blatant kick-backs paid by the French defence contractors Thales to secure the Scorpene submarine contract when Najib was Malaysian Minister of Defence.

The details of the case and the huge sum of 114 million euros, which were paid to a shell company Perimekar owned by Najib’s personal negotiator in the case, Razak Baginda, have been widely exposed in both Malaysia and France.

And yet it is only in France that action has at last been taken. Why? 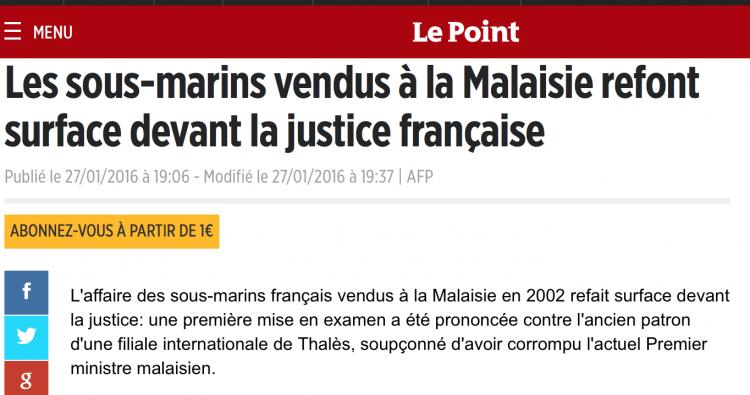 “The case of French submarines sold to Malaysia in 2002 surfaced in court: a first indictment was issued against the former boss of an international subsidiary of Thales, suspected of having corrupted the present Prime Malaysian minister...” Le Point

After all, it is the Malaysian public who paid for all this graft and so are the principle victims in this case.  Why are the forces of law and order in Malaysia turning a blind eye, therefore, to the purchase of three lousy second hand submarines, which have proved entirely unfit for purpose, to the tune of billions of ringgit, in combination with a massive kickback to the assistant of the key decision-maker in the deal, who was Najib Razak?

Malaysians of course know why and with the case now finally coming before the courts in France, with their own Prime Minister Najib Razak cited at the top of the official prosecutor’s charge sheet as the named recipient of these bribes, their national shame is complete. 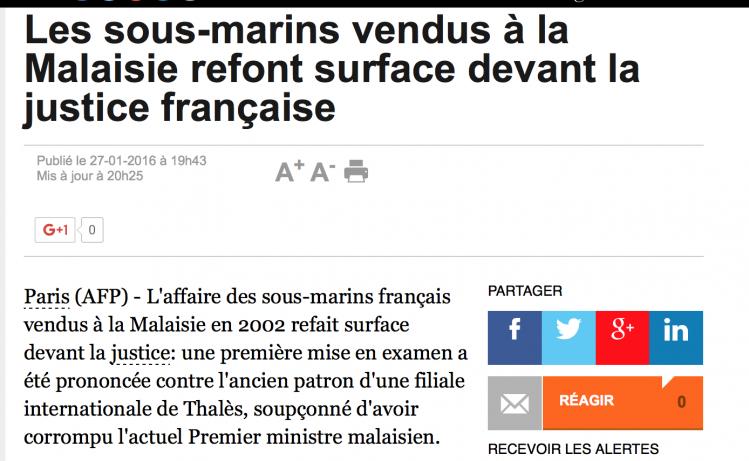 Not just corruption but murder

Of course, as widespread evidence and public coverage has also amply informed the world at large, there was another shocking victim of this Scorpene affair, which makes it a case not only of financial corruption, but of murder.

Altantuya Shaaribbuu was the pretty interpreter used by Najib and Baginda in these dealings and as copious court documents and sworn statements have shown, she was threatening to expose these French bribes unless she got a US$500,000 payment to help her with a pregnancy she had incurred in the process.

She had taken to shouting her woes, supported by a group of close girlfriends from Mongolia, outside of Baginda’s house and it was from here that in 2006 she was abducted by two bodyguards who were working directly for Najib Razak and driven to a lonely spot and shot.

Weapons grade C4 explosive (only accessible through a signed authorisation from the Minister of Defence) was then wrapped around her offending midriff and she was blown to smithereens.  Unfortunately for the murderers, a local fishermen heard the explosion and called the police who detected the remote bomb-site.

Fellow murderer Sirul Azah Umar has been represented by UMNO party lawyers while detained on the run in Australia. He too is expecting his freedom soon.

They also detected the cellphone trails of the two bodyguards leading to the spot and obtained witnesses to the kidnap and eventually the signed confessions of both men. A good job by the Royal Malaysia Police force that could not easily be swept under the carpet.

The bodyguards were convicted and sentenced to death, but their subsequent attempts to gain release and the stories of what happened to various other witnesses in the case have kept Malaysian’s gripped by the story ever since.

Suffice it to say that the bodyguards have claimed that they were scapegoats, but represented as they are by Najib’s own UMNO party lawyers, they have declined to explain why they murdered a woman they didn’t know in such a way.

Both men now have pleas for clemency before the King.  It is believed that they will receive this clemency in return for their silence and a fat pay off.  Indeed, texts from Sirul to his lawyers obtained by Al Jazeera have revealed blackmail threats from the bodyguard demanding cash and freedom to be negotiated with the Australians in return for his silence.

“This way I won’t bring down the PM”, texted Sirul.

In short, it is on the brink of becoming a nasty dictatorship, as anyone who has tried criticising Najib in the face of  his brand new media, defamation and ‘anti-terrorism’ laws well knows.

Najib’s eventual problem may turn out to be that other countries retain the rule of law and that his reputation can no longer be covered up merely by appointing his own officials to “clear” him in Malaysia.

See the translation of the article in Le Parisien below: 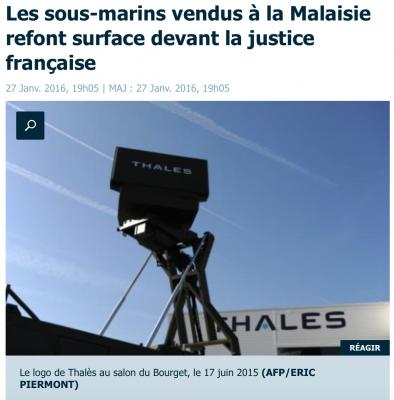 Submarines sold to Malaysia resurface before the French courts

The case of French submarines sold to Malaysia in 2002 surfaced in court: a first indictment was issued against the former boss of an international subsidiary of Thales, suspected of having corrupted the present Prime Malaysian minister

After 48 hours of police custody, the former boss of Thint Asia, together with the Directorate of Naval Construction (DCN) for the sale, was also indicted for complicity in misuse of corporate assets, the sources said, confirming a report revealed by Challenges.
A complaint to the Malaysian Anti-Corruption NGO Suaram had started a preliminary inquiry and a judicial investigation opened in 2012. Thales and DCNS in searches (formerly DCN) had led to the seizure of numerous documents.

“This is an important and encouraging step,” responded the lawyer of the NGO, William Bourdon, contacted by AFP. “The French judges show, even if the investigation goes on, their ability to dissect complex corruption mechanisms. In some respects, the investigation is just beginning,” he said.

– Assassination of an interpreter –

At the heart of the case, which recalls the case Karachi on arms sales to Pakistan and Saudi Arabia: the sale in 2002 after several years of negotiations, two Scorpene submarines and a sub Marino Agosta to Malaysia for nearly a billion euros. At the time, international standards on the remuneration of consultants had been tightened.

The judges rightly interested in contracts of this type, past the margins of negotiation and they suspect of being used to pay for bribes. One of them, called “C5 commercial engineering”, provided for the payment by the DCNI, a subsidiary of DCN, 30 million euros to Thales International Asia, in respect of selling expenses for export (FCE).

But the survey shows that another company, Terasasi, whose main shareholder was the adviser to the Defence Minister Najib Razak, has touched almost the same amount for consultations. Investigators suspect the consultations from being a front for them bribes.

To counsel for Mr. Baiocco, Jean-Yves Le Borgne, the indictment of his client based on “legal acrobatics” because “there is no evidence” that the former minister had received funding and its advisor must be considered a “commercial agent”, therefore outside the scope of corruption of public official.

Another contract, providing for the payment by Malaysia with a local company, Perimekar, 114 million euros, interested judges but could escape the investigation because the facts would not have taken place in France.

The controversy was fueled by the assassination in October 2006 of a Mongolian interpreter and intermediary, Altantuya Shaariibuu, who had participated in the negotiations. 28 years old, this model had been killed by bullets and sprayed his body with explosives in a jungle near Kuala Lumpur.

According to the testimony of a Malaysian private investigator admitted, this woman who was the mistress of Abdul Razak Baginda, harassing him to recover commissions that had been promised him. Two police officers were sentenced to death for the murder.

Najib Razak is facing another scandal in his country, after the revelations on the payment of nearly $ 700 million (€ 635 million) of his personal accounts. The opposition, which demands the departure of Prime Minister, sees a connection with the failure of a public company.

The Attorney General, Mohammed Apandi Ali, said Tuesday that it was a gift from the Saudi royal family, belying the assumption of corruption.