SEDC Taken For A Ride Or What?

Doing the rounds on social media is a story that has been raising eyebrows in Sarawak.

The public investment vehicle that is supposed to be assisting development in the state, namely the Sarawak Economic Development Corporation (SEDC), has just poured a very substantial sum into the purchase of a cattle farm over in Darwin: way over the valuation and market price, according to Australian media outlets.

This is how ABC’s rural news reported the Aus$20 million (RM58m) purchase:

The $20 million price tag for Carmor Plains has been met with surprise by some in the Top End cattle industry.
The last time it changed hands, back in 2001, it sold for just $2.8 million.
An industry figure suggested that it would be difficult for SEDC to make a profit from such a large sum paid for a relatively small piece of land.
According to a Malaysian auditor-general’s report in 2015, the SEDC lost $2.8 million between 2009 and 2013 due to high costs and low cattle sales from its [existing] Australian cattle properties.

ABC says it is still awaiting comment from SEDC and the sellers of the property, who apparently used the ranch to entertain the sort of tourists who enjoy hunting and shooting water buffalo, crocodiles and wild pigs.

SEDC have already bought other cattle ranches in the region and lost money on them, observes the article.  So why invest in a yet another Sarawakians are entitled to ask – and for that matter what happened to the grand plans for the so-called ‘Tanjung Manis Halal Hub’, which cleared of tens of millions of dollars worth of valuable timber allegedly to produce beef back home near Bintulu?

And why pay some ten times over the odds for Carmor Plains? 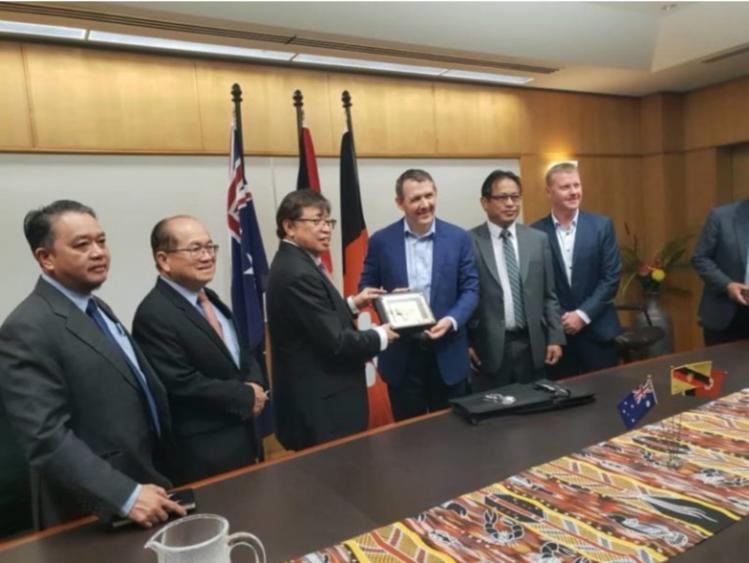 State government connected media naturally have promoted the investment, including Dayak Daily which was plainly flown out to Australia in March, along with the Borneo Post, to cover a ceremony to mark the purchase attended by a raft of Sarawak bigwigs, led by the Chief Minister himself.

The promotional reports then gushed fulsomely over the extension of the multi-person, top level delegation’s visit to the existing Rosewood ranch, which the Sarawak media described as ‘award winning’. They did not mention the millions in losses identified by the Australian press.

So, the same state government can hardly blame netizens for being suspicious that the decision-makers behind this SEDC investment must either be chumps for paying so much more than native Australian experts believe they should have in an area where they have already been losing money or possibly even worse?

There is after all an unhealty Malaysian tradition when it comes to ‘investments abroad’ or on behalf of the trusting public.

Take as a starting point how similar Sarawak state management luminaries managed to ‘lose’ pretty much every last cent of the Native Customary Rights Landowners’ fund, namely ASSAR, by investing almost 100% of these folk’s money in loss-making ventures (none of which were scrutinised for basic conflicts of interest). 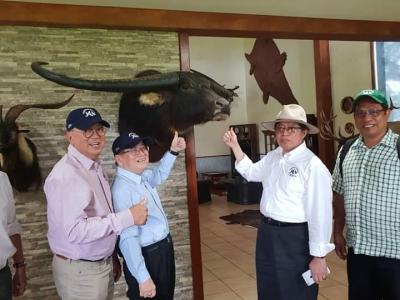 If and when Australia’s ABC do get answers out of SEDC about the details of this purchase, top of the list of things Sarawakians will inevitably want to know, therefore, is whether the agency utilised the now notorious practice of  ‘Special Purpose Vehicles’ to manage the investment, and if so whether that ‘SPV’ was by any chance registered somewhere like Labuan, the Cayman Islands or the BVI – offshore havens, where beneficial ownerships and account details are kept conveniently away from public scrutiny?

Few are likely to feel particularly comforted by mere assurances that the activities of SEDC are being fully audited by top accountancy firms. After all, the nation has been treated this very day to the spectacle of none other than a raid by the MACC on the KL branch of the global accountancy giant Deloitte, related to its now admitted gross and repeated failures to blow the whistle over 1MDB and other major investments (pointed out time and again by the likes of Sarawak Report, but which for years the ‘big four’ accountancy firm doggedly denied).

Paying Over The Odds Or Just Hiding The Money?

Malaysia and indeed Sarawak has been plagued by years of excessive expenditures by public funds on foreign investments, which appear to have been solely motivated by the desire of those in charge to siphon out as much as possible of the wasted millions into their own pockets.

Now Najib has fallen and the investigators have got to work the truth has come tumbling out.

First there were the MARA, Tabung Haji and FELDA scandals, followed by the news that even Bank Negara had been strong armed into paying way over the odds for land by the previous government, ostensibly for investment but in reality to enrich cronies or bail out 1MDB and Najib’s Ministry of Finance.

Most recently Sarawak Report has exposed evidence of millions siphoned out from the Maika Fund, raised on behalf of members by the Malaysian Indian Congress party (MIC).

So, now that Sarawakians have learnt of the open surprise expressed by the Australian media over this latest unlikely purchase using public money, what are they to think?

Unlike so much of Malaysia, Sarawak retains an unreconstructed state government which avoided holding state elections like everywhere else last year. The place is still run by the phenomenally wealthy Taib Mahmud and his cronies and family, who have been ripping off the state blatantly for years.

Everyone now knows what happened with the MARA dodgy investments in Australia – buildings that were purchased at hugely inflated prices, not directly and transparently as one would expect, but through ‘Special Purpose Vehicles’ conveniently hidden from oversight in Panama.

And what did the truth turn out to be in all this?  Well, few were surprised to eventually learn that the actual price paid for the properties in Australia was far lower than advertised…. pretty much the market price in fact. The excess cash had got stuck in those special purpose vehicles … which turned out to just happen to be owned by head honchos of MARA.

Likewise, FELDA’s purchase of London’s Kensington Grand Plaza Hotel way over the market price for £60 million. Investigations by PKR’s Rafizi Rameli revealed that once again those payments of public money were not made directly, so that the money could be traced through the accounts, but through yet another off-shore BVI company, which again turned out to be owned by those in control of FELDA Global Investments.

Investigators have now ascertained that £14 million of that money (some RM75 million) remained in the BVI account, only the remainder was needed to pay for the actual hotel. Numerous other identical scandals involving FELDA and other funds have come to light in recent months following the same patterns of abuse, thanks to the off-shore finance system.

In fact, these straight thefts of public money via foreign property purchases have been a signature scam under BN, so the present Sarawak State Government can hardly condemn the collective scepticism as news of this latest seemingly ‘dud deal’ begins to circulate.

So SEDC should respond immediately with full transparency to put all minds at rest. Why did the fund pay so much more than Australian business experts believe the ranch is worth and how exactly has the money been transferred?

And what was the business logic behind this purchase?

This is no time for being coy about what ought to be public information about expenditures of public money. Given Sarawak and Malaysia’s sad history of corruption and SEDC’s record of pumping money into projects involving the family and friends of Taib Mahmud, people merely want reassurances from all concerned that no money has gone awry.

Time to broadcast the information and establish that good practice.