Whilst People Suffer Why Should The Profiteers Sit Pretty In This Pandemic?

Malaysia’s greatest wealth has been in resources, yet decision-makers have allowed timber, fuel, minerals, cement, waterways and land for plantations to be ripped from under native people’s feet by a handful of profiteers for nothing in return.

And during this pandemic the same groups have rushed to protect themselves and boost their profits, thanks to support from the same crook politicians of yesteryear, who engineered themselves back into office just as the chaos was descending.

Just as the disease was starting to spread in early March, newly appointed ministers for the unconfirmed backdoor coup government revealed their very different priorities to the nation’s health – making announcements on behalf of the resource grabbers, just as ordinary folk were forced inside.

Four days after the ‘PM8 cabinet’ was announced the new ‘Minister for Plantations and Commodities’ (along with his Sarawak defector deputy Willie Mongin) saw fit to announce immediate plans to expand plantations and reverse attempts to cap logging in Malaysia. Sure enough, as movement control orders were next enacted against workers in numerous industries the logging and plantation industries were offered a handy pass.

Since when was logging an essential service and why is the health of plantation workers, who have been catching the disease in the course of their continued labours secondary to the profits of mass agribusiness?

Today, Radio Nyawa Sarawak exposed one disgraceful contrast that sums up the hypocrisy of this unconfirmed administration that is happy to pander to wealthy extractors whilst doing nothing for the people whose lands they are pillaging.

Sarawak’s Shin Yang, one of the most rapacious of the Taib ‘Big Six’ crony conglomerates, have been called out by local campaigners for taking full advantage of the pass for logging by continuing to rip profitable timber from native customary lands, despite being contested by the local people – in this case in Ulu Baram: 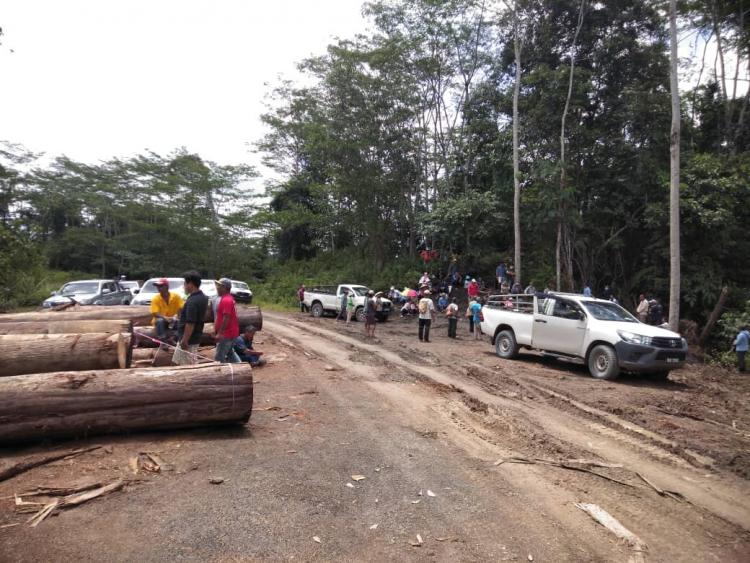 Fine broad logs are being ripped out of Ulu Baram by Shin Yang, in the midst of the MCO orders affecting so many others trying to earn their rice

Yet further down the logging road in coastal Miri, where the same company has invested its profits in a grand hotel, The Imperial Palace, workers laid off during the crisis have been told it is not decided if they will be paid. Many of these workers come from the very communities that have been displaced by Shin Yang’s logging:

“The Shin Yang bosses [the Ling family] who have made billions of ringgit extracting resources from under the noses of vulnerable communities…. have not decided yet whether they have enough money to pay the loyal workers in their hotel chains, financed by years of strip-mining Sarawak. Simply shocking.” [RNS is available online during the Covid 19 crisis and plans to return to shortwave in May]

These are the issues that define the real face of a government for all to see. Tragically, at the worst possible time, this Coup Coalition represents an un-legitimised power grab by Malaysia’s super-wealthy just at a time when the Rakyat needs a government that prioritises the needy.

Gifts by super-rich families, such as the Taib’s, who are now sitting on portfolios directly relating to their interests (daughter Hanifah Taib was handed the portfolio for Sarawak and Sabah affairs) simply do not match up to the requirements of the nation. The bejewelled Ragad Taib provoked rightful scorn when she boasted a mere RM16,000 donation to a local hospital to tackle Covid 19.

The King, who appointed ‘PM8″ without any mandate in terms of support from MPs, has himself now magnanimously announced he will sacrifice six months of ‘royal emoluments’ (extra payments from the state for being King) to help the crisis.

However, this is a royal who keeps scores of polo ponies in acclimatised stables at his Pekan palace to support his favourite sport and who like all his class has benefitted year after year from preferential treatment at the expense of millions of other Malaysians. Just last week Sarawak Report revealed the state of Pahang has quietly released a vast tract of rare remaining gazetted forest land for a plantation project half owned by the Agong’s brother, which in turn has been financed by the people’s pilgrimage fund (despite the fund having already lost huge sums on plantations from which it has otherwise been divesting).

The Sultan of Johor, a supporter of his local Muhyiddin, now ‘PM8′, has likewise seen huge family business benefits from enterprises within his own state. Perhaps most jaw-droopingly of all, the Sultan of oil producing Terengganu recently completed construction on a world class palace costing RM1.2 billion, despite the fact that the people of his state rate amongst the poorest in Malaysia. 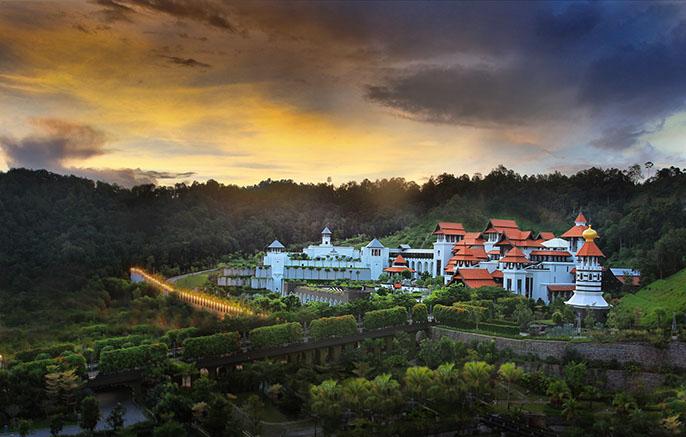 Malaysia’s luxury class are well represented by the coup coalition, however what are they doing for those suffering this crisis?

A national crisis is a time when the super-wealth ought to pull together with the rest and share real sacrifices. However, nearly all the actions of this reactionary government have been about setting the clock back to a time of plenty for the privileged with a bag of rice (with a politician’s name on it) as a gift to all the rest.

In too many places those supplies are not even reaching those who need them (listen to the many stories on Radio Nyawa Sarawak) thanks to incompetence and inadequate concern by Malaysia’s new bosses. This has to be the priority and people laid off ought to be guaranteed their pay. Their wealthy employers should pick up that bill. 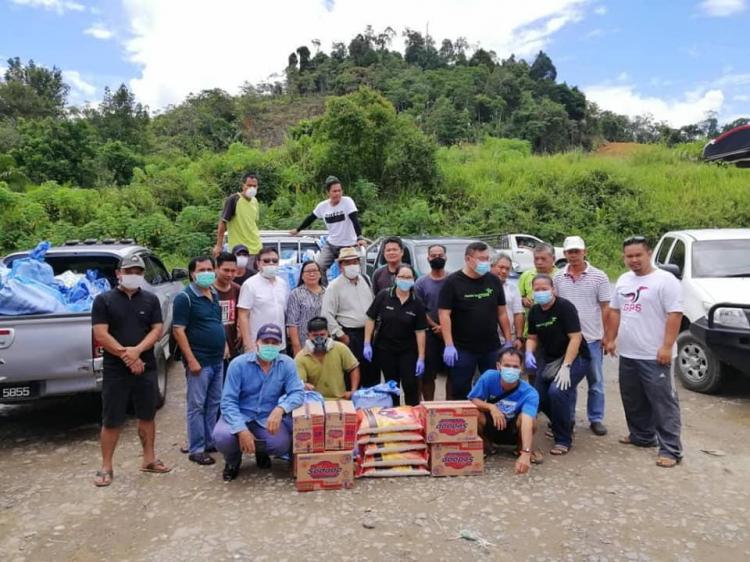 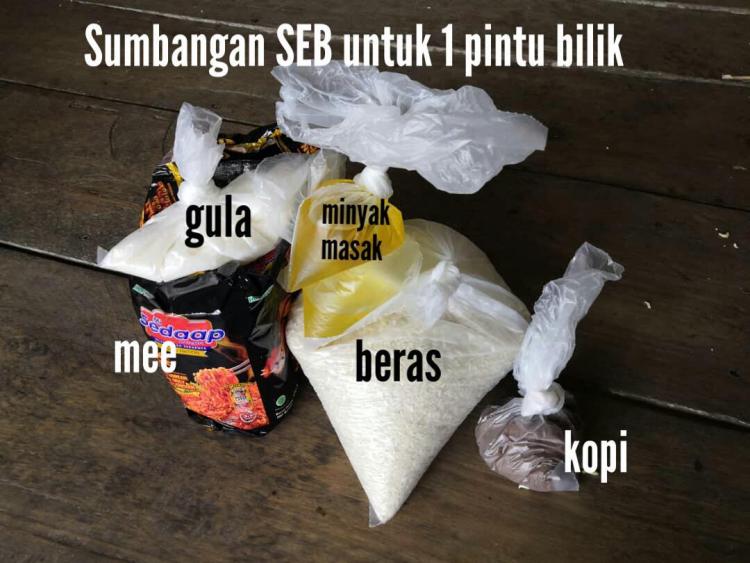