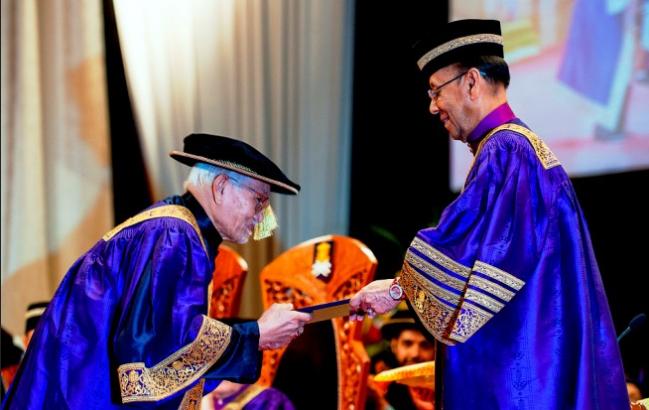 Will the Agong be asked to appoint Taib Governor?

We, the undersigned, register our strongest objection to the speculated appointment of Taib Mahmud as the Head of State (Yang di-Pertua Negeri) of Sarawak after his resignation as Chief Minister for 33 years. Considering that his assumption of the dignified office would be a national disgrace, we hereby list out the reasons why he must be stopped from doing so as follows:

Taib Mahmud has abused his power as Chief Minister in the past 33 years by outrageously exploiting Sarawak’s natural resources for personal gains. Sarawak is said to be having the highest rate of deforestation in Asia, reportedly having lost more than 90% of its primary forest to logging. Taib’s administration has also been building economically unjustified and environmentally detrimental mega dams throughout the state. Ironically, Sarawak remains one of the poorest states in Malaysia despite all her natural resources, while Taib has become one of the country’s richest man. A detailed research by Swiss-based NGO Bruno Manser Fund estimated Taib’s wealth at US$15 billion (RM46 billion) and a combined net worth of 20 Taib family members at close to US$21 billion (RM64 billion). International NGO Global Witness’ undercover investigation implicates Taib’s involvement in corruption, land grabbing and tax evasion through his control over licenses on logging and oil palm plantation in Sarawak.

Taib’s authoritarian rule in Sarawak has seen democracy and human rights being undermined on a daily basis, as civil and political rights are severely repressed, media freedom heavily restricted and elections blatantly rigged.

In particular, Taib has committed mass human rights violation against the natives especially the interior communities, despite himself being a native from the Melanau group. A majority of them have been denied development and live in extreme poverty. Many have been uprooted from their Native Customary Rights (NCR) lands and experiencing cultural genocide as Taib, his families and cronies brazenly/wantonly grab land for mega dam projects, logging and plantation. In his own constituency in Balingian, the locals suffer from serious pollution caused by an Aluminium factory, whose operation Taib had approved.

The Head of State should be a symbol of unity for Sarawakians from all walks of life and of all political persuasions. Clearly, Taib – emblematic of ethnic and political divide while having brought much suffering to so many Sarawakians — is completely unfit for the office of Yang diPertua Negeri.

There are serious concerns that, given his clan’s dynastic dominance over the state, a switch from the office of the Chief Minister to that of the Head of State on the part of Taib would mean an extended rule rather than retirement from active politics. It is worth reminding that his maternal uncle Rahman Yaakob stepped down as Chief Minister to become the Head of State in 1981, enabling the uncle and nephew to take a firm grip on Sarawak. Today, Taib’s chosen successor is none other than his ex-brother-in-law, ie. Adenan Satem, with the transition scheduled for February 28, 2014, exactly the day when the current Head of State’s term ends. Should this come to pass, the two ex-in-laws, in charge of Astana Negeri and the Chief Minister’s Office respectively, would have a full control of Sarawak, which would also imply that Taib could be protected by his ex-brother-in-law from investigation and prosecution of his wrongdoings against the People of Sarawak.

In light of all this, we call upon all Malaysians to stand up and be counted in stopping Taib’s appointment as the Head of State, for the people of Sarawak deserve a true democracy in which no one clan or family should be permitted to administer the state like a private property or entity.

Besides that, Taib must be held accountable for his crimes against Sarawak and Sarawakians. Taib Mahmud’s only rightful place is the accused’s dock facing charges on corruption, land grabbing and tax evasion, not Astana Negeri.