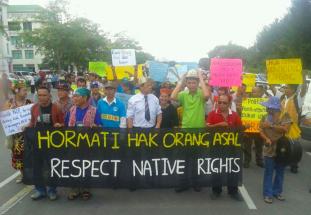 MIRI – Today is Human Rights Day and it is on this date that in 1950 the United Nations General Assembly adopted the Universal Declaration of Human Rights, proclaiming its principles as the “common standard of achievement for all peoples and all nations”.

In the last Universal Periodic Review (UPR) conducted by the United Nations Human Rights Council in Geneva, Switzerland last October on which Malaysia was under review, the Malaysian Government in its opening speech declared its commitment to the protection and promotion of Human Rights in the country. 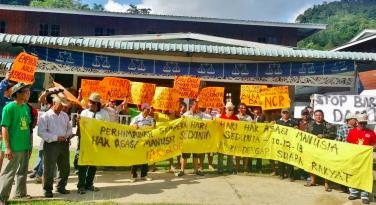 Today, the Indigenous Peoples of Sarawak and Sabah will also commemorate Human Rights Day with public rallies not only across the major towns and cities in Sarawak and Sabah but also in the villages and longhouses in the interior areas of the two States.

Gerakan Rakyat Sarawak – Sabah (GRASS) or the Peoples Movement of Sarawak – Sabah had been requested by the communities to facilitate the organising and coordination of the rallies.

With the participation of the Indigenous Peoples of Sabah, the movement name has changed from Gerakan Rakyat Seluruh Sarawak (Peoples Movement of Sarawak) to its present name. 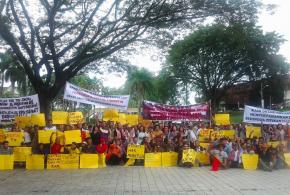 The aim of these rallies is to demonstrate and to send a clear warning to the authorities in the two States that the Indigenous Peoples of Sarawak and Sabah are not happy and will no longer just stand by or tolerate but will fight with all our might the blatant violations of their native customary rights (NCR) to their customary lands, territories and resources by the State Governments and their cronies, the big companies.

Throughout the years, the customary lands of the Indigenous Peoples have been unjustly grabbed and their resources thereon destroyed deceptively in the name of development and poverty eradication through destructive projects and activities such as loggings, oil palm and tree plantations, mega-dams, quarrying and the establishment of large polluting industries like aluminium smelter plant and coal fire power plants. The NCR of the Indigenous Peoples over their customary lands have also been arbitrarily extinguished and gazetted as National Parks and Nature Reserves. The NCR Perimeter Surveys undertaken by the Sarawak Government had also further subverted and deprived the Indigenous Peoples of more of their customary land as the said survey had been deliberately confined or restricted only to pockets of areas cleared before 1st January, 1958. 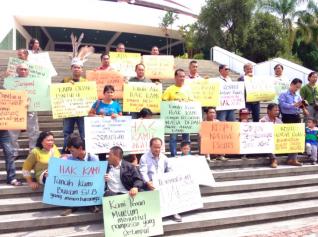 The Indigenous Peoples of Sabah and Sarawak have sought redress through the judicial process and had successfully obtained landmark decisions through the Courts in which the Courts have found and held that NCR land is not only restricted to the Iban terms of Temuda(cleared cultivated land) but also extends to the pulau galau (reserved forest areas) and pemakai menoa (communal territory) which is consistent with the natives’ customs or adat. Currently there are more than 300 NCR cases pending in the Courts.

However, the Sarawak State Government continues to ignore these landmark Courts decisions by continuing to arbitrarily grant logging licences, licences for planted forests and provisional leases for oil palm plantations over the NCR lands within the antara menoa or pemakai menoa of the Indigenous Peoples. The recent statement by the Sarawak Special Functions Minister Tan Sri Datuk Amar Adenan Satem in the just concluded Sarawak State Legislative Assembly Sitting that NCR is only confined to Temuda shows the Sarawak State Government’s continued contempt and blatant disrespect of the decisions of the Courts on the NCR of the Indigenous Peoples. 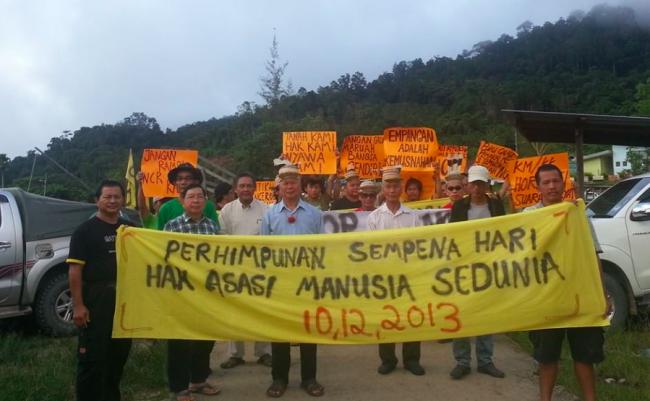 The Sarawak State Government is also deliberately and systematically trying to kill or hide the fact that the term pulau and menoa does not exist in the Adat Iban. This can be clearly seen in its action in deliberately omitting to include the said adat or custom in the Adat Iban 1993.

It is most tragic that the existing injustices already inflicted on the Indigenous Peoples of Sarawak will only worsen because the Sarawak State Government through the Sarawak Corridor of Renewable Energy (SCORE) project has planned to develop 70,900 hectares of land from the coast of Tanjung Manis to Similajau and towards the interior which includes Mukah, Sarikei, Sibu, Bintulu, Miri, Limbang and Kapit Divisions for the purpose of loggings, plantation estates, aqua-culture, heavy industries and eleven (11) additional mega dams in addition to the existing Batang Ai, Bakun and Murum Dams will be built. The inevitable consequences will be that many more Indigenous Peoples in these areas will be deprived of their customary lands and resources and will suffer environmental devastations. 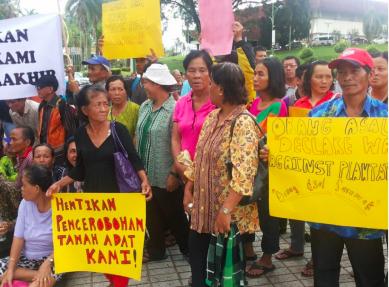 On this historic day, the Indigenous Peoples of Sarawak and Sabah therefore demand from their respective State Governments to:-

1) Immediately demarcate and gazette the established garis menoa or communal land boundary of each longhouse or village according to the description of local community and with their full participation. The record of the boundaries should be given to the communities concerned and a copy kept at the relevant government departments for mutual reference;

3)  Stop issuing gazette notifications that extinguishes NCR.All lands that have been acquired by the government or gazetted for whatever purpose without the free, prior and informed consent (FPIC) of the communities affected should be returned to the communities; 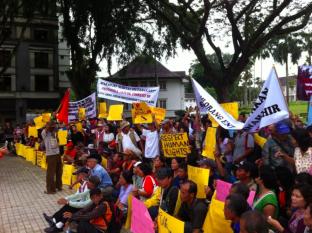 4)  Hold fair and transparent consultation process with the communities concerned using the concept of FPIC before any development projects are to be implemented on our land and territories. We also demand that any plans or reports be made available and explained to us. Our views and decision on a project shall be respected;

5)  Request that the Courts appoint judges (in the High Courts, Court of Appeal and Federal Court) familiar with the adat or custom, tradition and practices of the Indigenous Peoples to preside over cases of NCR claims and to give priority to cases which involves NCR land disputes and to speed up the process of hearing and delivering of judgments. The Government should provide legal aid for cases which involves the natives;

6)  Stop or freeze and revoke the issuances of logging licences, LPFs and PLs to private sector companies over our lands, territories and resources, and for the companies to immediately halt all operations on our NCR lands until a resolution and agreement can be found by all parties;

7)  Stop and scrap all planned or existing projects and mega-development programmes especially the planned mega-hydropower dams including dirty industries i.e. aluminium smelter, throughout the State which will damage and destroy our environment and bring environmental catastrophe to the natives in the interior; 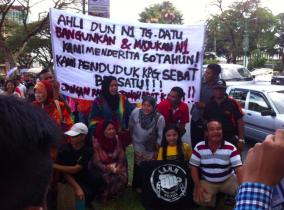 8)  Urge the security agencies and the police to act in a professional and just manner. Any complaints or reports lodged with regards to violation of Human Rights, tresspassing into and damage to the natives lands, territories and resources should be investigated and action taken on the prepatrators. The authorities should respect the action made by the natives in defending their Human Rights, property, culture, resources and their environment from continually being encroached, grabbed and destroyed by the private companies, development agencies and/or other parties;

The Indigenous Peoples urge the authorities to respect their Human Rights and the police must stop the arbritary arrest of their community.