UN Special Rapporteur stresses the right to free, prior and informed consent for Malaysia's indigenous communities 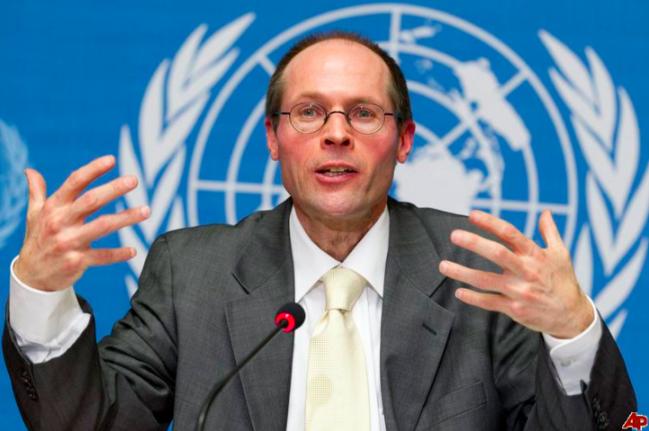 The indigenous peoples in Malaysia comprise the Orang Asli, in Peninsular Malaysia, and around 100 ethnic and sub-ethnic groups in Eastern Malaysia. The Orang Asli number some 178,000 people, about 0.6 per cent of the population. While there is a lack of specific statistics on the situation of individual ethnic groups in Sabah and Sarawak, it is generally recognized that these indigenous rural communities are among the poorest and most vulnerable groups in the country.

While the legal and policy framework to protect the rights of indigenous peoples present some differences from state to state within the Malaysian federation, the concerns expressed by indigenous peoples with whom the Special Rapporteur met were very similar. They related, in particular, to problems faced in accessing traditional sources of livelihood as a result of the encroachment on their lands and the degradation of ecosystems caused by development projects, as well as by logging and the expansion of palm oil plantations. Closely related to such concerns were problems faced by communities in acquiring official recognition of native customary land rights and in participating in decision-making processes related to major development projects affecting their lands and livelihoods. As noted elsewhere by the Special Rapporteur (A/65/281) and as highlighted in the Report of the National Inquiry into the Land Rights of Indigenous Peoples, released by the Human Rights Commission of Malaysia (SUHAKAM) on 5 August 2013, access to land presents a direct relationship to the right to food: where indigenous communities have lost access to the forests and land they depend on for their livelihoods, they can fall in a situation of food insecurity and extreme poverty.

Access to land for indigenous communities may be threatened by large-scale development projects, including the construction of dams. Based on his visit tocommunities in the Ulu Papar region where the construction of a dam would require the displacement of nine villages and affect their agricultural land and other sources of livelihood, the Special Rapporteur recalls that processes around environmental impact assessments or social impact assessments should build trust between the authorities and people affected by development projects. Consultations should allow for discussion about alternatives and serve to ensure that, consistent with the right to development, development projects will “aim at the constant improvement of the well-being of the entire population and of all individuals, on the basis of their active, free and meaningful participation in development and in the fair distribution of the benefits resulting therefrom”, as stipulated in the 1986 Declaration on the Right to Development adopted by the UN General Assembly.

With respect to how to address the rights of indigenous communities to their lands, the Special Rapporteur welcomes the presentation by SUHAKAM of the results of the National Inquiry into the Land Rights of Indigenous Peoples. The recommendations included in the report are in line with international human rights law, including the Declaration on the Rights of Indigenous Peoples adopted in 2007 by the UN General Assembly with an affirmative vote from Malaysia, as well as with the protection of indigenous peoples’ rights by the Malaysian courts. The Special Rapporteur takes note, with appreciation, of the task force set up by the Malaysian Government to consider how the Report’s recommendations can be implemented.

In addition, the Special Rapporteur recalls the obligation of the Government to ensure the demarcation and protection of native customary land rights, as underlined in the UN Declaration on the Rights of Indigenous Peoples. Under the Declaration, States shall give legal recognition and protection to the lands, territories and resources which indigenous peoples have traditionally owned, occupied or otherwise used or acquired; and they shall recognize indigenous peoples the right to own, use, develop and control the lands, territories and resources that they possess by reason of traditional ownership or other traditional occupation or use, as well as those which they have otherwise acquired.

The Special Rapporteur also stresses the importance of the principle of free, prior and informed consent, for any change to the lands and territories of the indigenous peoples, as also provided for in the UN Declaration on the Rights of Indigenous Peoples. As the Declaration underlines, “States shall consult and cooperate in good faith with the indigenous peoples concerned through their own representative institutions in order to obtain their free and informed consent prior to the approval of any project affecting their lands or territories and other resources, particularly in connection with the development, utilization or exploitation of mineral, water or other resources.”

This principle requires that any option proposed to the indigenous communities be part of a range of alternative options from which they should be able to make a genuine choice, and that they be fully informed of the long-term consequences of such choice on their livelihoods. It is not enough to consult the communities about the consequences of development choices made on their behalf without their involvement: instead, they must have a right to oppose the project proposed.