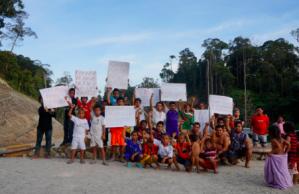 Gerakan Rakyat Seluruh Sarawak (GRASS) or Sarawak Peoples Movement will hold statewide rallies in major towns and cities in Sarawak to commemorate and celebrate Human Rights Day which falls on 10 December 2013.
The aim of these rallies is to demonstrate to the authorities that the Indigenous Peoples or natives of Sarawak are not happy with the constant violation of their native customary rights (NCR) to their lands, territories and resources by the State Government and the private sector companies.

Human Rights Day is held on 10 December every year, the date the United Nations General Assembly adopted the Universal Declaration of Human Rights, proclaiming its principles as the “common standard of achievement for all peoples and all nations.” 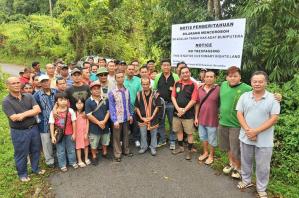 Human Rights Day is celebrated globally, at the headquarters of the High Commissioner’s office in Geneva, in New York and in more than 50 other countries.

Throughout the years, the natives NCR lands have been unjustly grabbed or destroyed from various development projects such as logging, oil palm and tree plantation estates, mega-dam construction, quarrying and construction of large polluting industries i.e. aluminium smelter plant.

Some of the natives have sought redress through the judicial system and have obtained landmark decisions through the Courts. The Courts have accepted that NCR land is not only restricted to Temuda (cleared cultivated land) but also extends to the pulau galau (reserved forest areas) and pemakai menoa (communal territory) which is consistent with the natives customs or adat.

However, the Sarawak State Government continues to reject the Courts decision by way of appealing to the higher Courts. The recent statement by Special Functions Minister Tan Sri Datuk Amar Adenan Satem in the just concluded Sarawak State Legislative Assembly Sitting that NCR is only confined to Temuda shows the State Government’s stand on this long outstanding issue.
  
The peaceful rallies will be held in Kuching, Sibu, Bintulu and Miri.

In Sibu, the participants will gather at the Chuang Corridor of the Sibu Town Square at 10.00 am. Some 200 community representatives are expected from the Sibu Divisions and nearby areas, which include Sungai Assam, Sungai Igan, Selangau, Balingian, Mukah, Kanowit, Machan, Poi and Nyemah. These communities have all experienced loss or threats of their NCR land.

 In Bintulu, the group will gather in front of the First Council Negeri Memorial at 10.00  am. 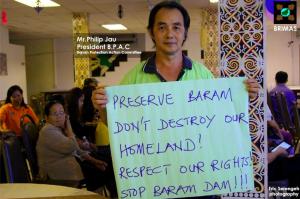