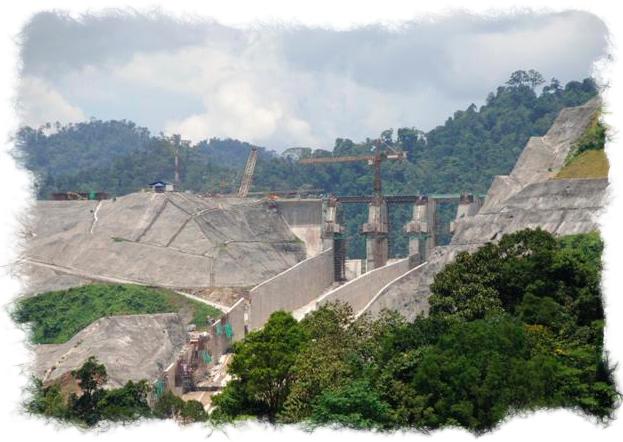 Sahabat Alam Malaysia (SAM) calls on the government to urgently review and revamp the Environmental Impact Assessment (EIA) process in Sarawak due to its inadequacies, specifically on its lack of mandatory public participation. Unlike its Federal counterpart, the Sarawak EIA law excludes mandatory public participation in the process, relegating the matter to the discretion of individual project proponents.

Public participation in the EIA process is extremely crucial because involvement of all concerned stakeholders in the planning and decision-making process of a project and EIA ensures a higher degree of transparency in the project needs assessment and approval.

A recent exposure by The Sarawak Report[i] in a major exclusive regarding the Murum Dam EIA further validates why we need EIA reports to be made public.  What the Murum Dam EIA reveals is that in the event of a dam break in Murum, it would have a cascading effect on the downstream Bakun Dam. If both these dams break, it would be catastrophic to thousands of people living in the Rajang River basin.

This kind of information is important for communities to know and prepare themselves to all eventualities.  However, as it sets out in the Sarawak Natural Resources and Environment (Prescribed Activities) Order, 1994, the people of Sarawak are denied access to certain EIA reports.

The fundamental difference between the Sarawak Order and the Federal guidelines is essentially the entitlement in the Federal Environmental Quality Act for the public to view a detailed EIA report and subsequently submit comments to the EIA Review Panel for consideration before an approval can be granted by the Director-General. Sadly, the Sarawak Order excludes these provisions for some prescribed activities.

Without obligation to invite public participation in the EIA process, it has become very difficult for impacted people and civil society groups in Sarawak to freely obtain information on projects that can potentially generate grave environmental and social impacts.

It is essential for the public to participate during the planning and decision making process for their personal and societal interests since the proposed activities will consequently affect their lives, livelihood and their surrounding environment.

When there is absence of public involvement in the EIA process, both the project proponent and the state authorities are effectively shielded from constructive public views and criticisms. A lower standard of reporting in the EIA may result in poor impact predictions and mitigation measures, inadequate baseline data and may even contain glaring mistakes, inaccuracies and deliberate false information.

For example there could be conflicting land-use information and territorial boundaries in the EIA reports as the consultants would have largely relied on maps provided by the Sarawak State Government.  The government’s interpretation of land under Native Customary Rights claims has been shown in numerous cases to be in direct conflict with the indigenous communities’.

Public participation in the EIA process will also promote strict adherence to all laws and regulations by all the concerned parties, legally binding stakeholders to promises and pledges that are made within the process and possibly other consultation outlets related to the project.  It would also provide impacted people with better safeguards for negotiations on issues that may affect them.

In view of the weaknesses of the Sarawak EIA process, SAM submitted a memorandum on 6 June 2014 to several Federal and State Agencies, urging for concerted efforts to ensure that development plans and environmental governance in Sarawak incorporate a higher level of transparency and accountability as well as promote greater public access to information.

SAM concluded in the memorandum that in the light of the planning of more large-scale development projects in Sarawak, a Strategic Environmental Assessment needs to be done to assess whether the planned projects are necessary or justified, given the adverse impacts. It is also imperative that Sarawak’s EIA process is greatly improved and be technically equipped to ensure a disciplined and neutral impact assessment process is undertaken.