Please see below for the U.S State Department Human Rights Report on Malaysia’s indigenous peoples by the Bureau of Democracy, Human Rights and Labour. The full human rights report can be read at the following link:

The constitution provides the same rights to indigenous people (the descendants of the original inhabitants of the peninsular region of the country and the Borneo states, such as the Penan) as to the rest of the population. The government did not, however, effectively protect indigenous persons’ civil and political rights. Federal laws pertaining to indigenous people of the peninsular region, known as the Orang Asli, vested considerable authority in the non-Orang Asli minister for rural and regional development to protect, control, and otherwise decide issues concerning this group. As a result indigenous people in peninsular Malaysia had very little ability to participate in decisions that affected them. The special provision under article 153 of the constitution only ensures “the special position of the Malays and natives of any of the States of Sabah and Sarawak” and does not refer specifically to the Orang Asli.

The Orang Asli, who numbered approximately 180,000 (0.86 percent of the population) and who were found throughout the peninsula except in Perlis and Penang, constituted the poorest group in the country. According to the 10th Economic Plan covering the years 2011-15, 50 percent of the 29,990 Orang Asli households lived below the poverty line.

Of these, approximately 5,700 households (19 percent) were considered extremely poor. In 2010 a local NGO focused on Orang Asli rights estimated that these numbers underreported poverty because it considered only Orang Asli living in established villages, not those living deep in the rainforest. A government-sponsored national advisory council existed to monitor the development of Orang Asli, but a local NGO reported that the council did not meet during the year. 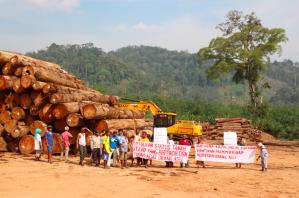 Under the Aboriginal People’s Act, Orang Asli are permitted to live on designated land not as owners but as at-will tenants, and they did not possess land rights. The law allows the government to seize land of indigenous peoples with the payment of compensation. Observers reported that over the years, the total area of land reserved for Orang Asli decreased, and some land previously set aside as Orang Asli reserve was rezoned for development. Although the Orang Asli were authorized to reside on the land, these rights were often undocumented. This led to confrontations between the Orang Asli and logging companies. While the government continued development in these areas, the Orang Asli struggled for rights to land.

The uncertainty surrounding Orang Asli land ownership made them vulnerable to exploitation. Logging companies encroached on land traditionally held by Orang Asli as well as that of indigenous groups in the Borneo states. Indigenous people in Sabah and Sarawak protested encroachment by state and private logging and plantation companies onto land that they considered theirs under native customary rights. 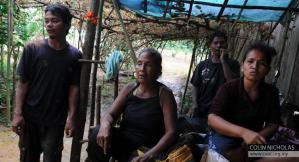 In October the Kuantan High Court ruled that a group of Orang Asli did not have rights to land beyond what was expressly conferred under the Aboriginal People’s Act 1954, resulting in the tribe losing their village, Kampung Mengkapur, which occupied 7,000 acres of land. The Orang Asli filed a lawsuit against the government in 2010 after the Kuantan state government notified them that the land that they were living on would be cleared for a rubber plantation project. The community was not consulted prior to the state government giving approval to carry out the felling activities and claimed the land as customary lands. The Orang Asli indicated that they would appeal the decision.

Laws allowing condemnation and purchase of land do not require more than perfunctory notifications in newspapers, to which indigenous persons may have no access. 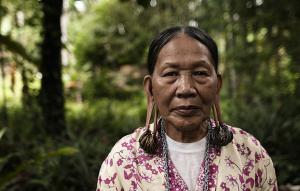 The Penan, an indigenous community of Sarawak, used native customary rights to establish land ownership and stewardship. Each group of Penan maintained its own foraging area, which is passed down from one generation to another. Customary native lands were not always well demarcated. Indigenous rights groups alleged Abdul Taib Mahmud, the chief minister of Sarawak, leased Penan and other indigenous groups’ customary land to logging companies and land developers in exchange for political favors and money.

In November police arrested 10 Penan protesters in Murum who staged blockades for several weeks to protest the Sarawak government’s plan to relocate them in order to continue the construction of a hydroelectric dam that is flooding villages and has displaced more than 1300 Penan. In December local media reported that the Penan were offered RM23,000 ($7,033) per family to break down the blockade and move quietly to the land designated by the government as their resettlement area. Local activists stated that the resettlement land had been previously used for palm oil production and was uncultivable. 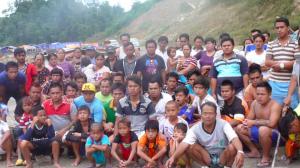 The plight of Sarawak’s Murum Penan has been highlighted in the U.S Human Rights Report 2013.

It was reported the Sarawak state government planned to build 12 hydroelectric dams throughout the state, all of which, according to indigenous rights activists, would adversely impact the lives of the indigenous tribes living there. So far one dam has been completed in Bakun, displacing more than 1500 Penan. The next dam planned could displace 20,000 indigenous people.

According to the State of the World’s Minorities and Indigenous People 2012 Report published by Minority Rights Group International, at least 480,000 people in Sarawak (one third of the eligible voters in the state, where 50 percent of the population is indigenous) were not registered to vote, and members of the Penan community alleged that authorities frequently ignored their efforts to obtain identity cards. 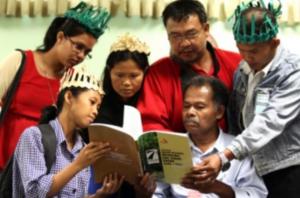 Orang Asli representatives read the report on the national inquiry into the land rights of indigenous peoples by SUHAKAM.

In August SUHAKAM released the National Inquiry Report into the Land Rights of Indigenous Peoples in Malaysia. In the report, SUHAKAM outlined its investigations into complaints of human rights violations against the indigenous population regarding land rights.

The report concluded indigenous people are “among the most marginalized and disadvantaged groups in Malaysia” and the provisions in the Federal Constitution and domestic laws safeguarding the land of indigenous people have not been followed.

The SUHAKAM report was initially to be submitted to parliament in April, but due to the announcement of elections, and the subsequent dissolution of parliament, the release was deferred and SUHAKAM was not permitted to table the report for debate in parliament, even after the new parliament was in session. Indigenous NGOs and the Bar Council objected to this and encouraged SUHAKAM to submit the report directly to parliament.